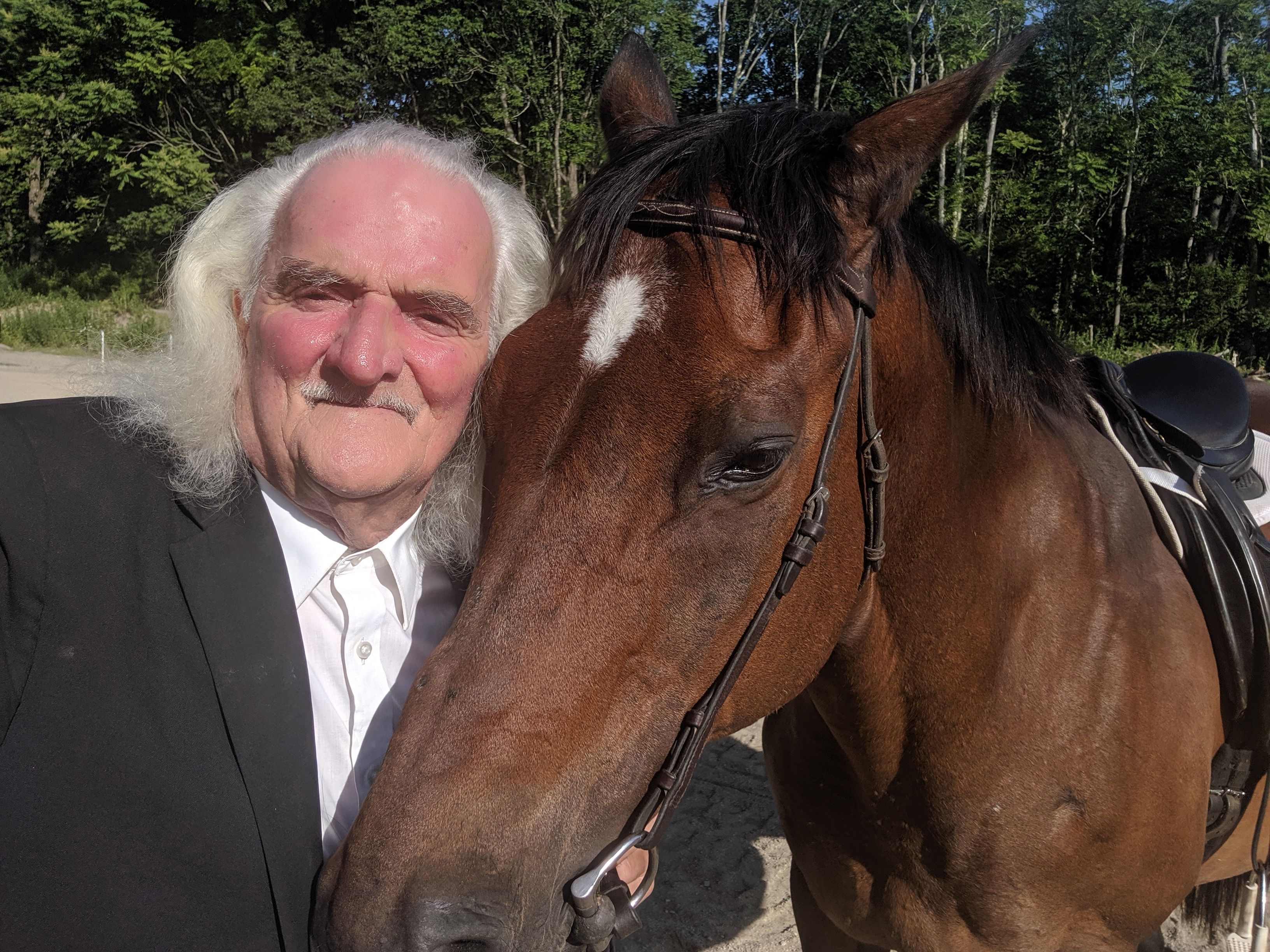 Since the 1940s, when my parents would take me to a pony ride barn after church, I have been drawn to the peace and courage that horses give us. When I asked my dad if I could get a horse, he said, “You certainly can.”  He added that it would be when I worked and had the money and time for one.

During high school, I used all my savings to take lessons at the Montclair Riding Academy in Orange, New Jersey.  I would go completely by myself on hacks to the Eagle Rock Preserve, by way of the under highway tunnel.

At Saugus’s Indian Rock Stable on Lynn Woods Reservation, I would rent out horses to go trail riding while in my pre-med studies at Boston University.  Immediately upon finishing my pre-med studies in 1961, I volunteered for JFK to be the first group of US Peace Corps to go to West Africa. There I worked in blood banks at Ibadan University Hospital, and taught biology and French to college preparatory students at Olivet Heights in Oyo, Nigeria.

The only horse available in Oyo was that of the Alafin. He was the traditional ruler of the Yoruba Tribe and headquartered in Oyo. I learned Yoruba and received an audience with him to ask if I might ride his horse. He was very old at the time and granted me that grace. The horse was covered with velvet fabrics, a mask over his eyes, with bells hanging from all sides of his body. The stirrups were shaped for a barefoot rider, so that’s how I rode the very powerful horse. When the palace gates opened and I trotted out, all the villagers thought that the Alafin was riding and therefore immediately fell prostrate on the roads and byways. I learned later that it was forbidden to look at the Alafin or his horse; therefore, they bowed never knowing it was an American Peace Corps volunteer in saddle until a baby at his mother’s breast yelled out “Ohyeebow,” which means “white man.” The mother took a peek but quickly bowed once again. Then I learned a route where I would leave from a different gate into areas where there were no people.

Back in the United States, I immediately went to saddle while studying for my Doctorate in Education at Teachers College at Columbia. I rode in the mounted troupe at the Claremont Riding Academy in Manhattan and would hack horses out in Central Park’s trails.

In 1965, with my first paycheck from the Bedford Central School System in Mt Kisco, New York, I purchased my first horse. Next there was a Standardbred, then a retired hunter. In the 80s I got my first young horse, a Poco Mui Quarter Horse/Thoroughbred named after the man who got him for me, Roger Vezina. The horse was named RV, which most people found to be very clever since he was in fact a recreational vehicle. He passed away two years ago at the age of 35. RV and I did three days in Quebec up to the Prelim Level.

While RV was alive, I got Mary’s Boy, an Irish Thoroughbred of great lineage who was born in Ireland. After a year of rest after being gelded, he and I started this journey of training. Three day eventing presented dressage tests. He was bold and is still bold. Now at age 24, Mary’s Boy is called “Jump for Joy” since he wildly jumps in the field by himself looking like a Christmas tree ornament. He is nicknamed JJ.

In the fall of 2019, JJ and I did Training Level tests, plus First Level tests at Bucks County Horse Park in Revere, Pennsylvania. Through 2020 he and I work out together morning and night. First, there is the morning warm up in the arena after which a 4-minute musical video clip is completed. These can be found on YouTube under the “TudorTalks” channel. Second, there is a sunset trail ride of about one hour where JJ stretches and eats all the herbs and scrubs he cares to. The arena work is done in a dressage saddle and bridle, whereas the sunset ride is done in an event saddle with a bridle which permits him to eat to his heart’s content. He lives with a dozen deer in a 12-acre field and can do whatever he wants. Often to avoid insects, at his will he goes into a large covered area that is 40x10 feet where there are large fans to keep all bugs at bay.

More info about Dr. Tudor and JJ is available at www.backtoschoolready.com or the TudorTalks channel on YouTube. 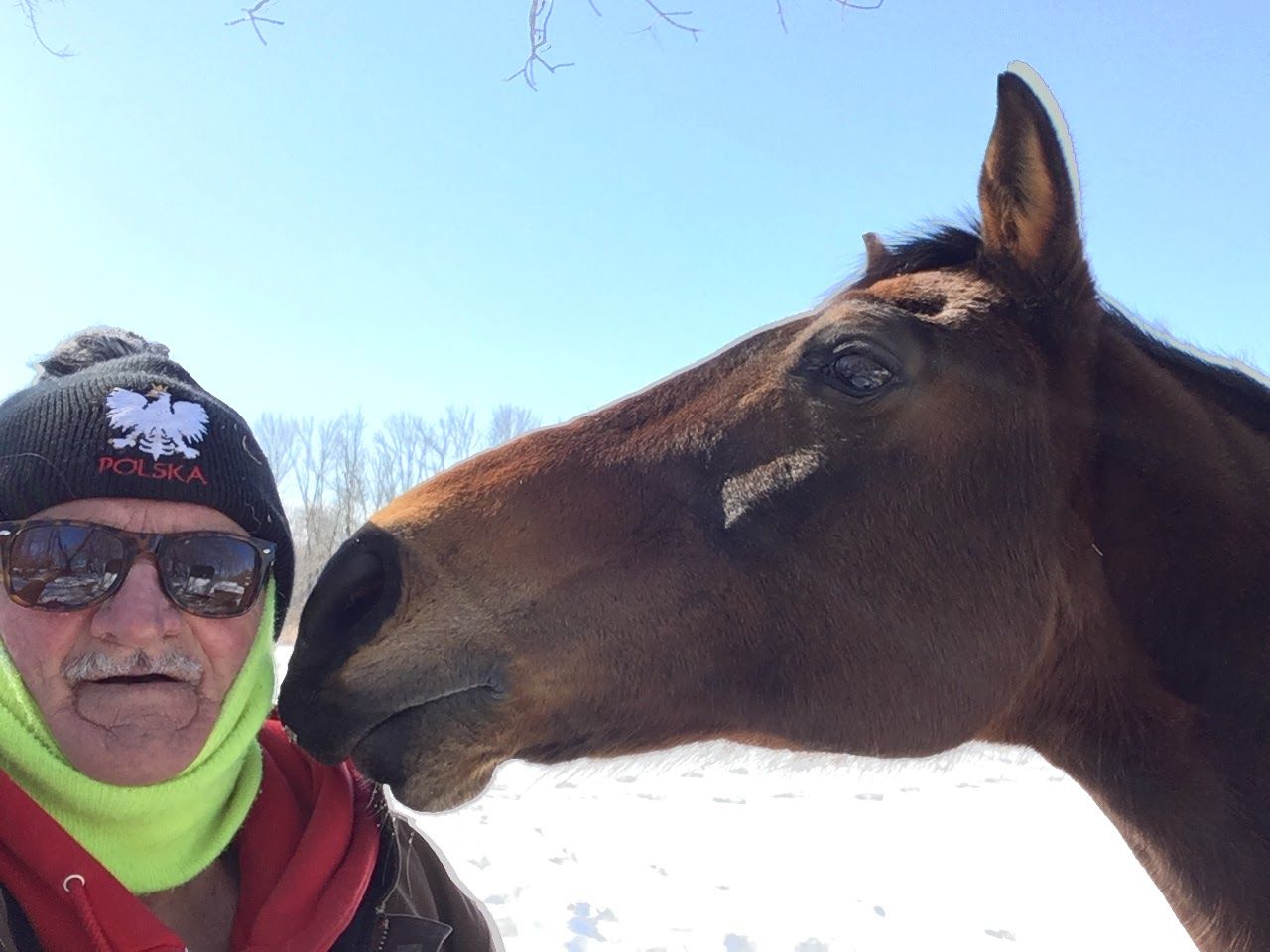