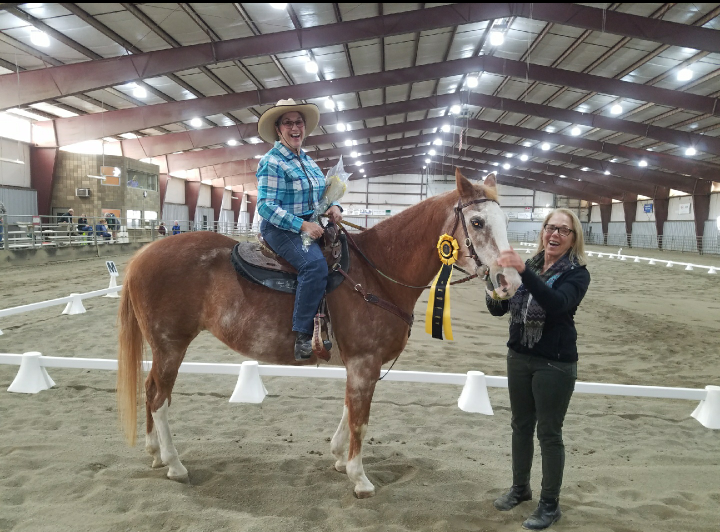 King's Sunny Doll was born April 15, 1984 at Kingswood Farm in Jefferson, Oregon. She is a registered Paint mare out of Sunny Summer Blond by the Dutchman. She was purchased by Glenn and Susan Howard of Wenatchee, WA in 1996. Doll became Glenn's trail horse and spent many hours roaming the hills of Wenatchee. I believe that Doll was Glenn's favorite, for as the story goes, Glenn would saddle her up and just let her go wherever she wanted.

These many years later, Doll still believes herself to be the boss mare, and I really am not inclined to disagree. After Glenn's passing, Susan made Doll available to Andrea Parker, a local dressage instructor, as a lesson horse. Andrea set to work conditioning and training Doll. Patience, skill and consistency paid off and Doll became a very capable, well-trained school master. Doll did not give it away freely and riders learned to ask with the aids instead of pushing a button. When a rider achieved those skills, Doll's lightness, self-carriage and forward movement was breathtaking.

I started as Doll's caretaker in 2004, feeding and caring for Andrea's horses in exchange for lessons. My daughter rode Doll in her introduction to dressage before moving on to her own horse. When Andrea retired, Doll was ridden by me and another woman. She was stalled next to my mare and they became fast friends and I continued to care for her. Three years ago, I told Susan that if she ever wanted to sell Doll, I would be happy to buy her. Susan graciously replied that I could have her. I was ecstatic. To me, Doll is the Queen: elegant, graceful, and although not always charming, possesses the wisdom, and experience that senior horses don't get enough credit or respect for.

When Susan gave me Doll's registration papers, I noticed that our birthdays are the same day! I thought Kismet. When my mare was not doing well, Doll was my riding partner and we spent winter in the arena, and summer out on the trails. Many people have asked me why I would want an old horse when I already had a horse. She helped make the passing of my horse easier to endure. She makes me smile and laugh out loud and brings out the best in me. Together we enjoy our time together, the wind in our hair and the sun on our faces, and the smell of sage in the hills.

The Century Club Ride was the first time I have shown Doll. I chose to ride Western Dressage because that is how we ride in the hills. This ride was all about Doll. I am honored to be able to part of the Century Club on Doll, merely as an accomplice. She is the heroine of this story, this ride, and this woman's life.

PS: This is the third consecutive team from Appleatchee Riders that produces Century Club Members! Is it something about the air or the water in this valley or is the bond that develops between horse and rider?

Thanks for this opportunity to show off King's Sunny Doll. 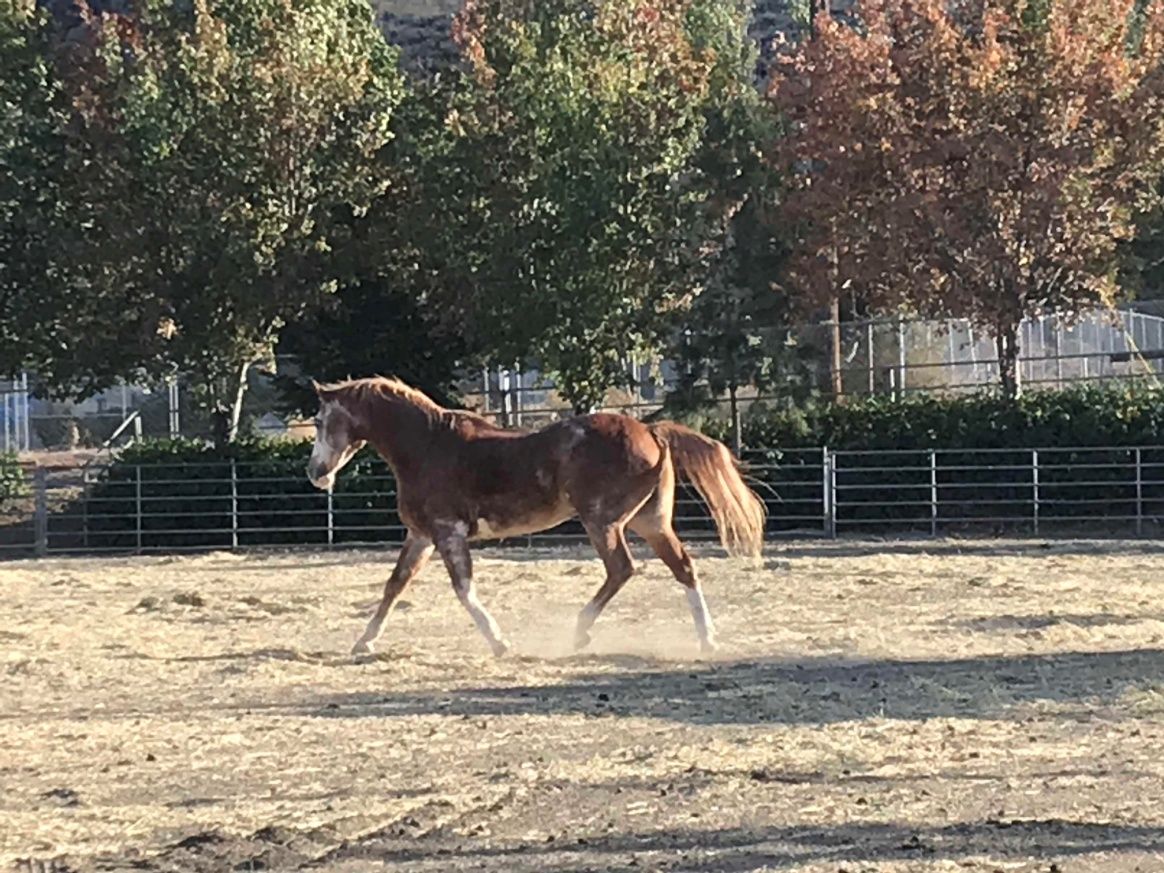