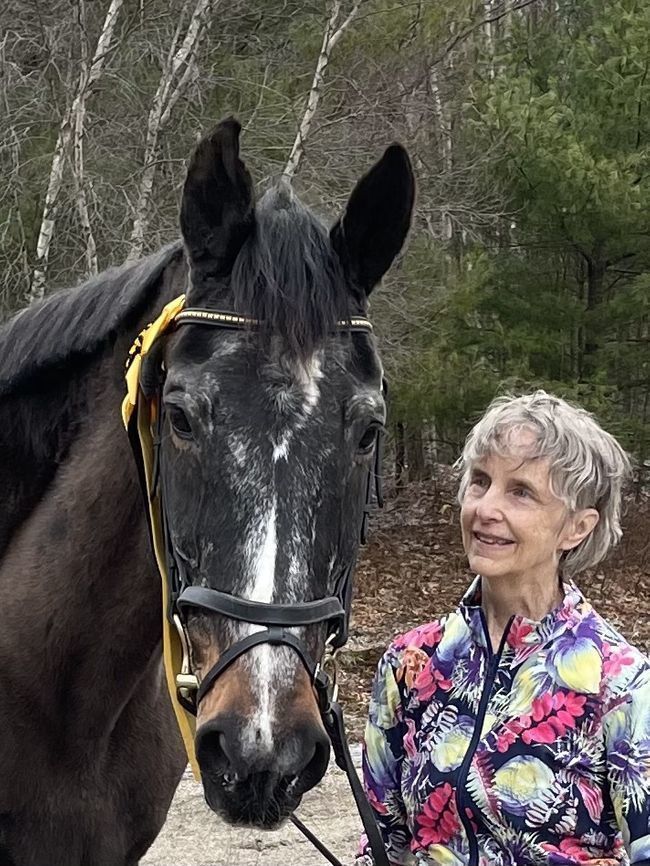 I met Touli, a Hanoverian gelding (registered name, Manitoulin) in the summer of 2008 when he was 20 and I was 59.  I had recently moved back to my hometown, Worcester, Massachusetts, after my marriage ended and was feeling in need of spiritual repair. The court reporting profession that had sustained me on and off for over 30 years, though it was rewarding and challenging, was not going to provide it for me.  The happiest I had ever been as a child was when I was around horses, but after leaving home for college I never rode in any regular fashion.  I decided to see if taking it up again would help me get my balance back.

I found a stable in the next town and talked to Linda Davis, an instructor with a warm and friendly manner who had a special interest in teaching timid riders (I do not think it was clear to me at that moment that I fit quite squarely in that category).  She gave me a tour of the barn and then the arena, where she pointed out Touli, who was making such a graceful circle in a right-lead canter that it didn’t immediately register that this was a 16.3-hand horse, maybe not intuitively the best match for my five feet and two inches—but it was too late.  Cupid’s arrow had found its mark.

It turned out there were other ways in which we were not perhaps ideally suited.  Both somewhat skittish, we were often, and most inconveniently, skittish about the same things, like the classic comedy duo Abbott and Costello in a dark cave; they do not know they're walking back towards one other until they collide and each nearly jumps out of his skin!  But we just kept on, however hesitantly, and the moment passed when I knew Touli was going to be permanently in my life without me even being aware of it.

There was a dressage teacher and trainer who came weekly to the barn, Kathy Eidam. Linda urged me to try a lesson with her and I responded, “Is she going to bark commands at me that I don’t understand?”  The answer being no, Touli and I became her students, with Touli being the more advanced one, having done Second Level training in his earlier life.  With Linda and Kathy as mentors, over the next several years I spent many, many pleasurable/frustrating hours navigating the “peaks and valleys” that await any rider fully engaged in trying to become a better partner for her horse.

Until 2017, Touli seemed to be enjoying our lessons, and the occasional trail ride, as much as I did, but now there were signs that his energy was ebbing.  I was planning on retiring at the end of the year, and so, girding for the possibility that he might be ready to join me, I visited Pinehaven Farm in Hubbardston, MA, a dressage training facility that offers rehab services and retirement. The qualifications and experience of the owner, Linda Parmenter, who is a USDF bronze and silver medalist, “L” judge, and vet tech, assured me that this would be a good choice, but I was also drawn by the extraordinary air of serenity: a place, first and foremost, for horses!   Linda evaluated us and, to my relief put us in a rehab program, addressed shoeing and diet issues that were affecting Touli, and suggested weekly training— retirement, not!  Under her guidance, as we progressed into schooling Training and First Level work, the skittish reactivity that had been a source of distraction faded away, and our relationship became a more trusting one.

When Linda first told me about the Century Club and that she thought I might be a candidate to join, it sounded SO unlikely to happen.  As much as I wanted to honor Touli, I’m an everyday rider, not a show rider, and I had no experience with Training Level tests. To my great surprise, actually riding the tests turned out to be extremely rewarding. Touli was fully engaged, willing, and confident, and I felt I was getting to know a side of him I had not known before.  In January 2021, with the help of the Charles River Dressage Association, I was able to submit a video of a Training Level, Test 2 in a virtual show and received much-welcomed supportive comments and suggestions for how to improve my balance.

I am very grateful to The Dressage Foundation for making this profoundly satisfying experience possible and for having us as members of the Century Club. I hesitate to speak for Touli, but he is a guy who clearly loves praise and acknowledgment for doing well, and I’m fairly sure he would join me in expressing his appreciation as well.

Kathleen and Touli completed Training Level, Test 2 with a score of 62.069 to complete their Century Club ride on January 31, 2021. 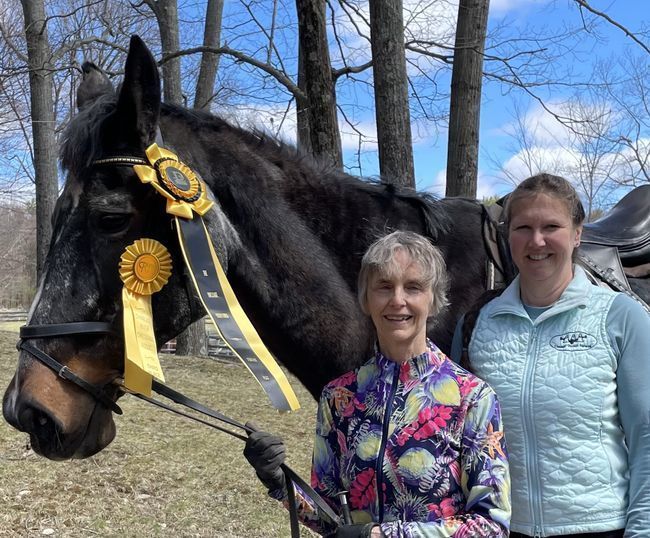 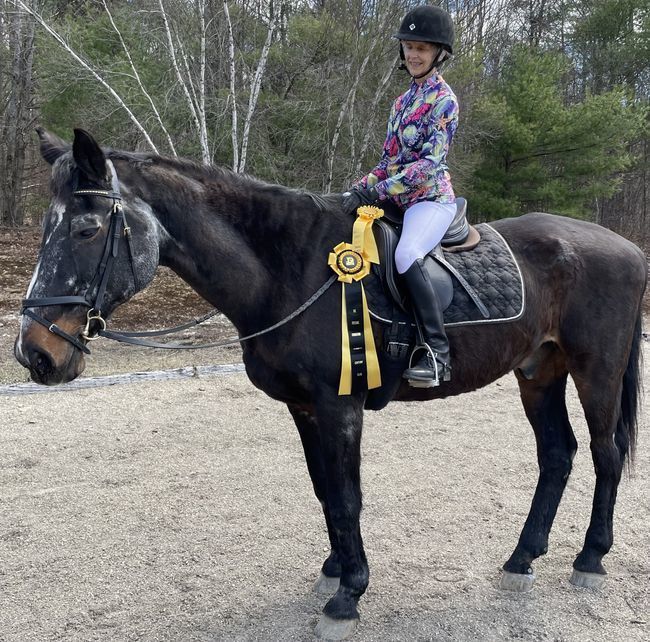