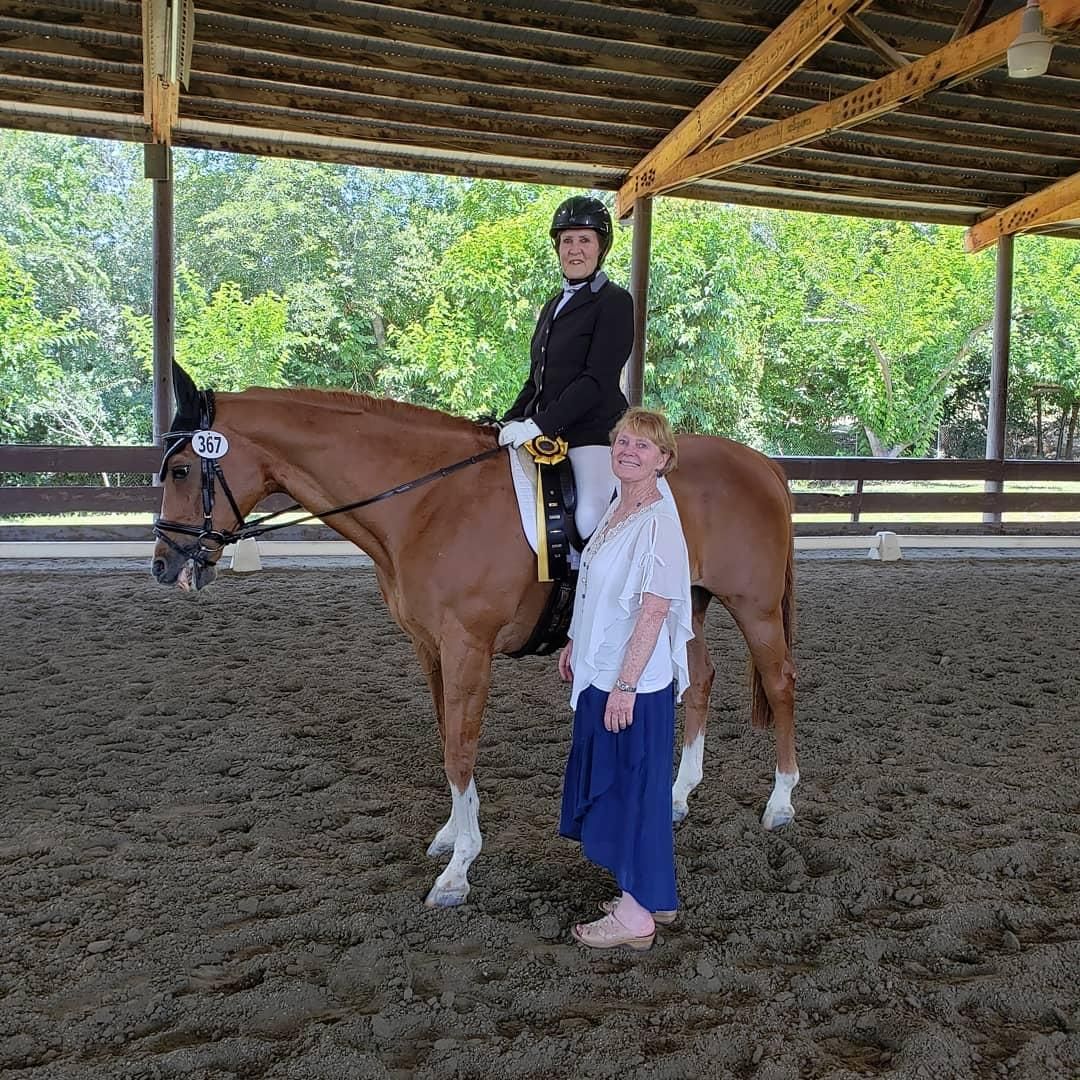 For the past 21 years I have been on an intriguing “journey” with my OTTB Echo Dancer (Huey). My first horse was a seven-year-old AQHA gelding named Uncle Nestor. I was 27 years old and showed him English. Nestor lived to be 29.

I was out of the horse game for a number of years until I retired and bought Huey, then a four-year-old “probably appendix QH,” according to the seller, because of his heart girth and “bone.” I discovered the lip tattoo and contacted The Jockey Club. Huey was Kentucky-bred, and I received his race record as well as a pedigree with names like Damascus, Northern Dancer, Bold Lad, and Tom Fool.

Huey raced in California, and the jockey each time he finished in the money — including one win at Del Mar — was none other than Hall-of-Famer Chris McCarron.

Learning dressage was peppered with potholes, due mainly to my limited riding talent and Huey’s penchant for worrying about absolutely everything. He was convinced that each new experience would lead to a horrible death — his own — and for a while, we had more downs than ups.

Eventually, I found two wonderful instructors willing to work with an older rider — that would be me — and her (now much older) horse. And we began to make progress.

For our Century Ride, “the stars aligned.” The judge was a good friend and one of my “wonderful instructors,” Kathy Pavlich, who returned to her former business, Shadow Ridge Equestrian Center in Highland, California, which also happens to be one of Huey’s favorite places. My present instructor, Sara Mosqueda, was a wonderful coach that day, and the weather was perfect. I was glad to don my dressage jacket because, believe it or not, it was a bit cool that day — for Southern California at the end of June.

We rode First Level Test 2, our score was 64.531, and my dear Huey was not worried at all. He did not even break a sweat. We also won the blue ribbon because we were the only entry in First 2.

My dressage chapter, Inland Communities, California Dressage Society, honored us with cake, champagne (and sparkling cider for the littles), flowers and a bunch of organic carrots with tops for the real star of the show. The board was there for photos, and the whole day was absolutely wonderful.

There are so many other members of “Team Huey” to thank, including Dr. Ronald Lenhert of Apple Valley Equine Hospital and our shoer Randy Stanley Jr., whose dad sold Huey to me all those years ago. And a big thanks to The Dressage Foundation for making the Century Ride “a thing.”

I have one more goal — to compete in the Thoroughbred Holiday Classic at the Los Angeles Equestrian Center in Burbank next December. I’m sure Huey will be very copasetic on our next adventure … no worries. 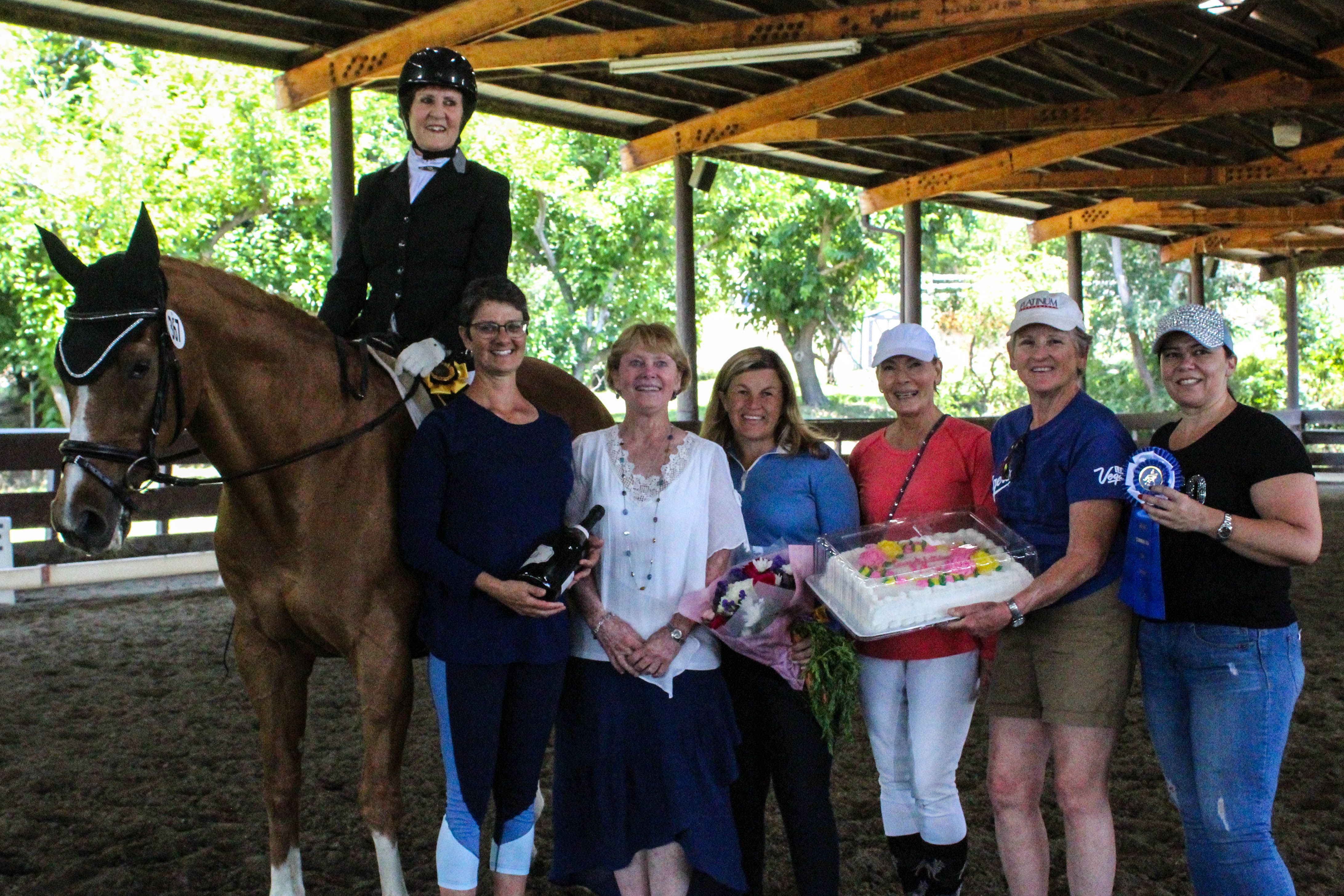 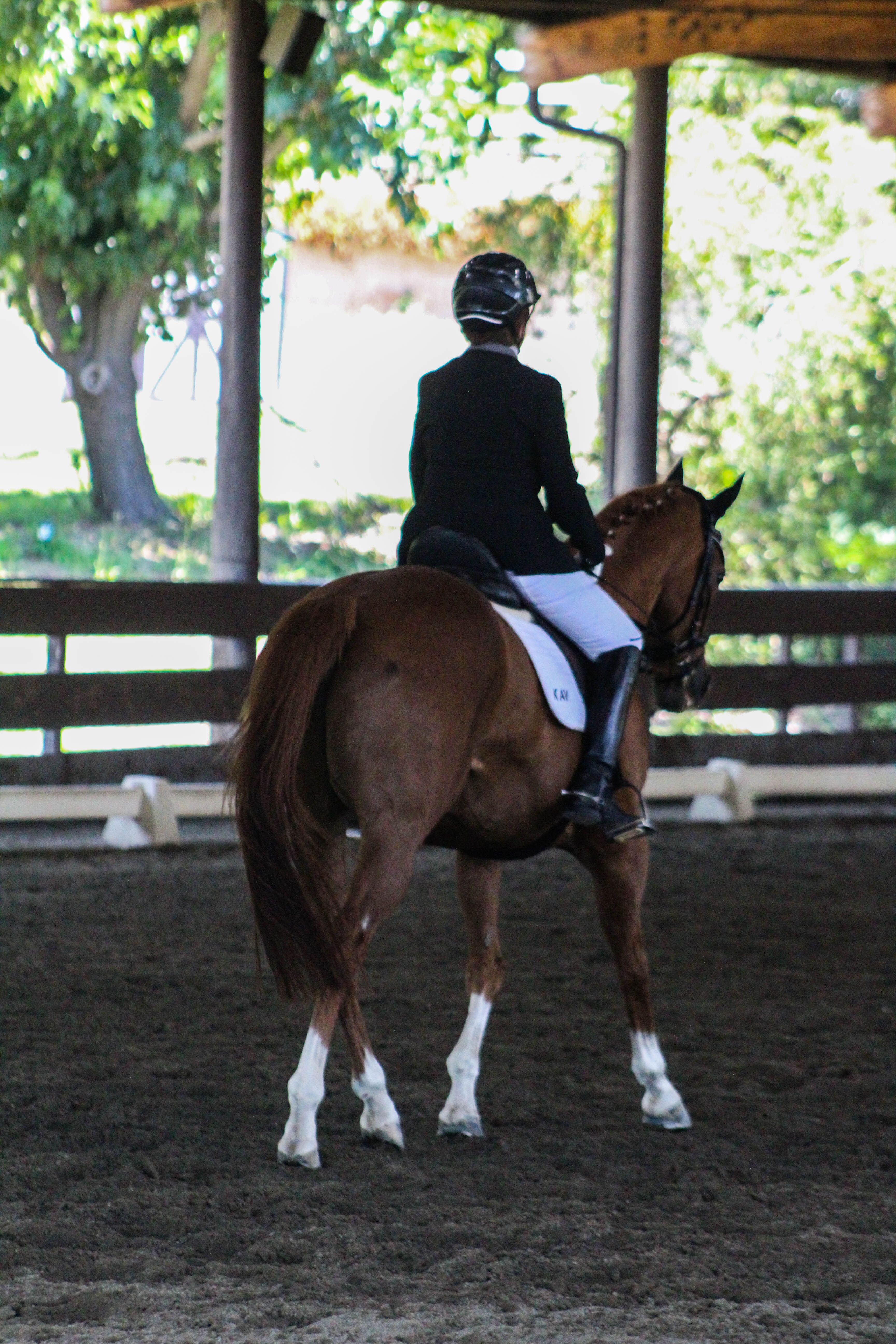