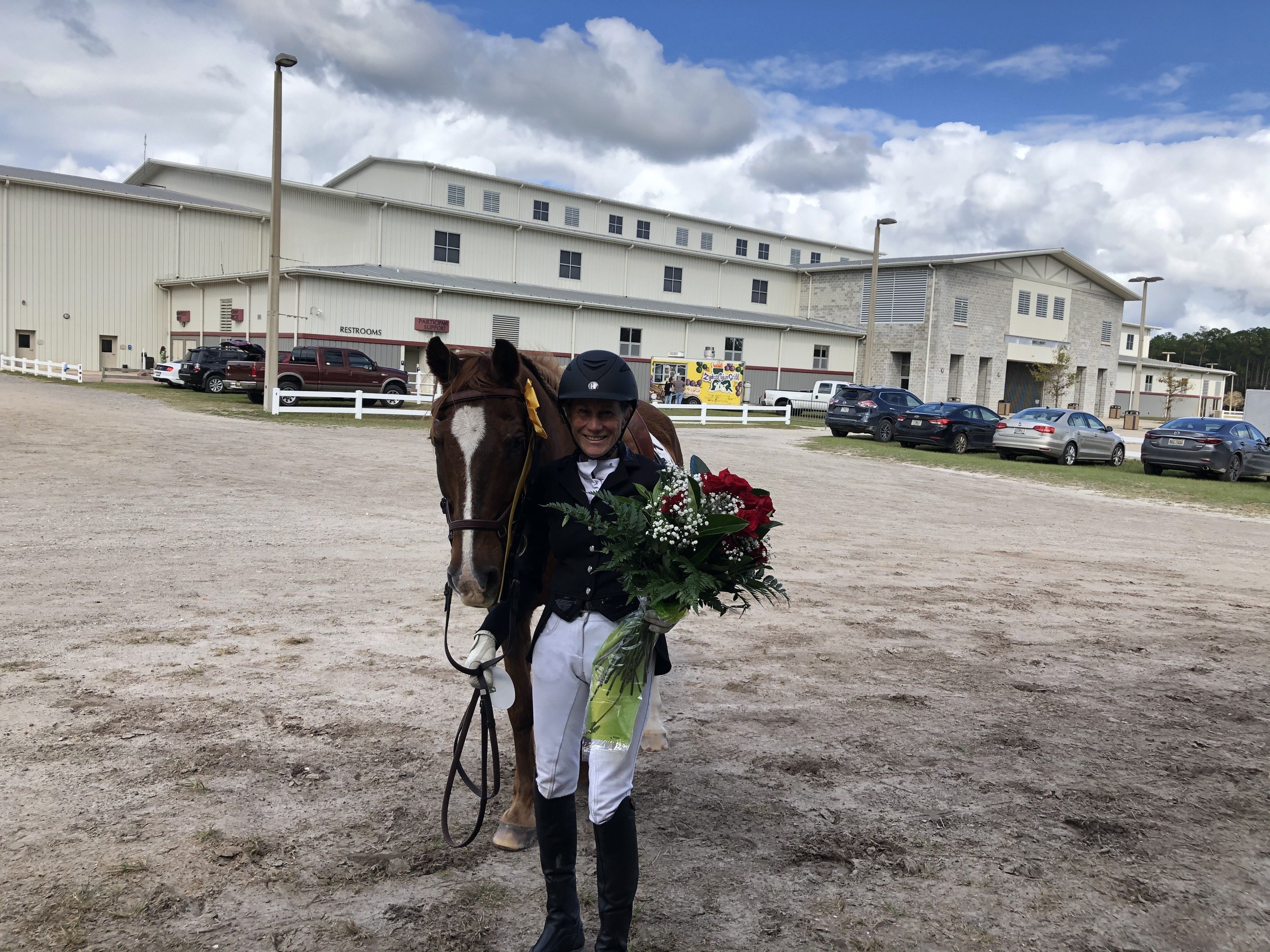 Copper Chancellor and I feel honored to have made it into the Century Club. I first heard about the Century Ride through Betty Stitch (rider #15) in the mid-’80s. Betty was the treasurer of the local dressage club in Jacksonville, Florida where I landed after graduation from Auburn University Veterinary College. We shared the same classical dressage trainer, Kathy Daly. Kathy introduced me to dressage and matched me up with my first horse, a little grey Arab named Mr. Nabask. When he passed away, I traded my Anglo Arab yearling that I had gotten to bring along for his half-brother Copper Chancellor.

Chance was a full Arabian who was 2 ½ and already started with his groundwork. He was great on the ground but definitely more of a challenge than my first mount. Chance was a forward, talented mover with a tendency to buck and a very quick spook. I was younger then, and we worked most of our issues out with the help of Kathy, but he was always quick to point out my mistakes (especially in the dressage arena). We showed with some success and spent lots of time trail riding. He had a huge ground covering walk that required most other horses to trot frequently just to keep up with him. We spent many years trying to put together Second Level and while he was great at home, my show nerves usually got us in the ring. One of my happiest days was when we got our first 60% at Second Level towards my bronze medal. Chance always wanted me to be perfect.

Ten years ago, Chance had a tumor in his groin area removed which turned out to be malignant.  He underwent 3 chemotherapy treatments at the University of Florida including full general anesthesia each time. I figured that he would not be with me much longer after that, but he not only survived but came back as good as new. He has been a great teacher and much kinder in his 3rd decade. I promised him retirement from dressage showing after this weekend but not sure he’s ready to quit riding. 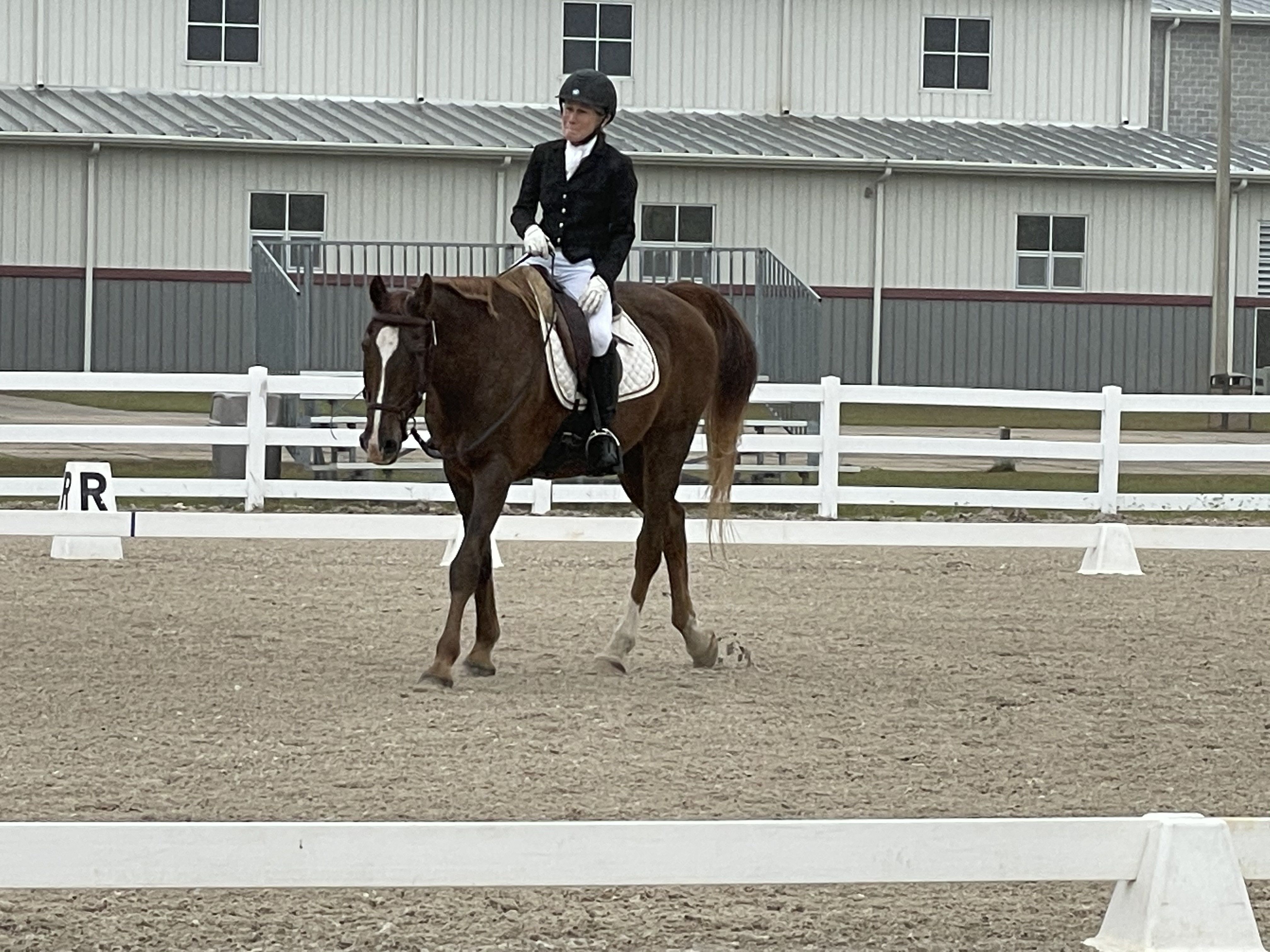 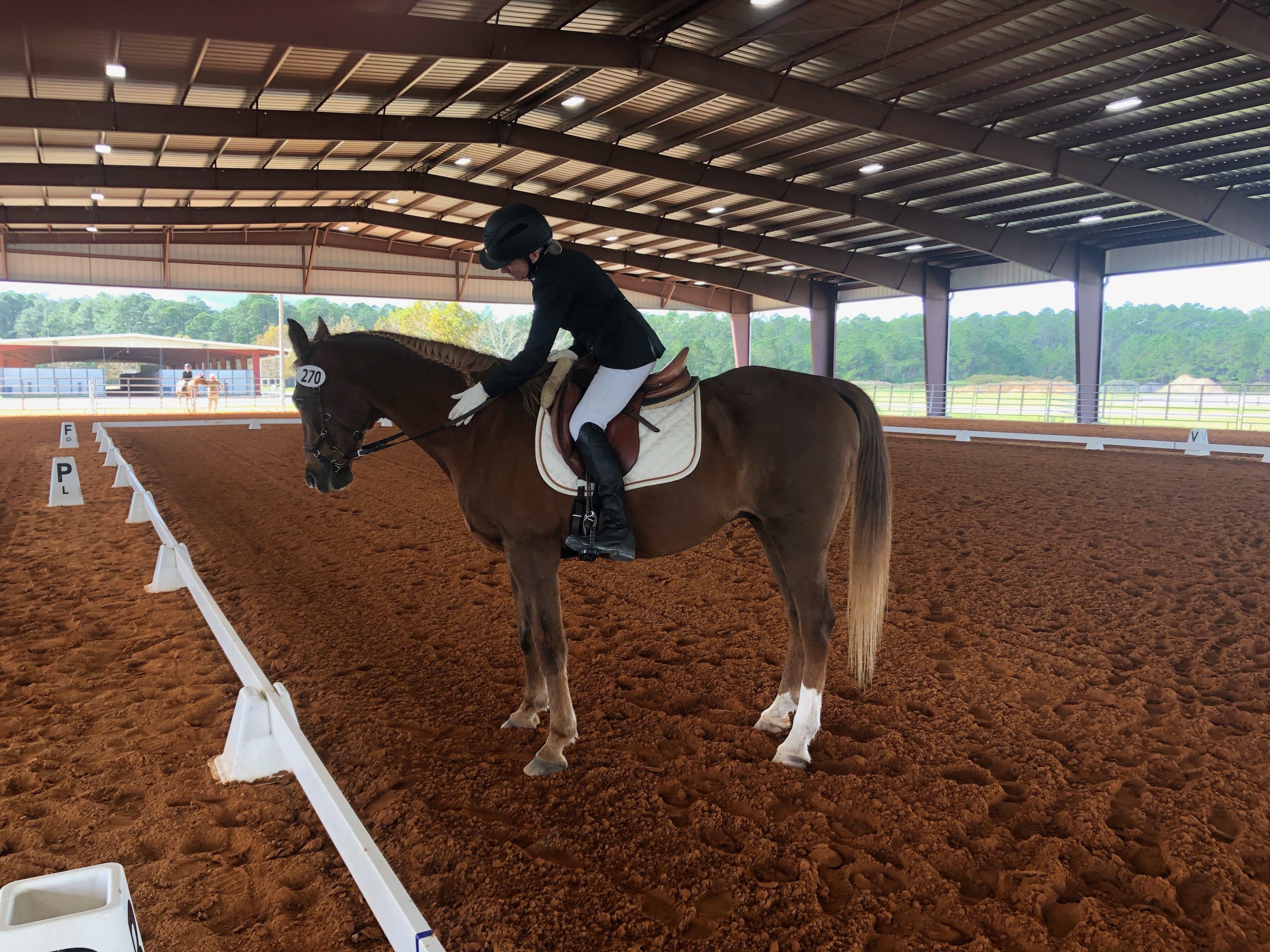