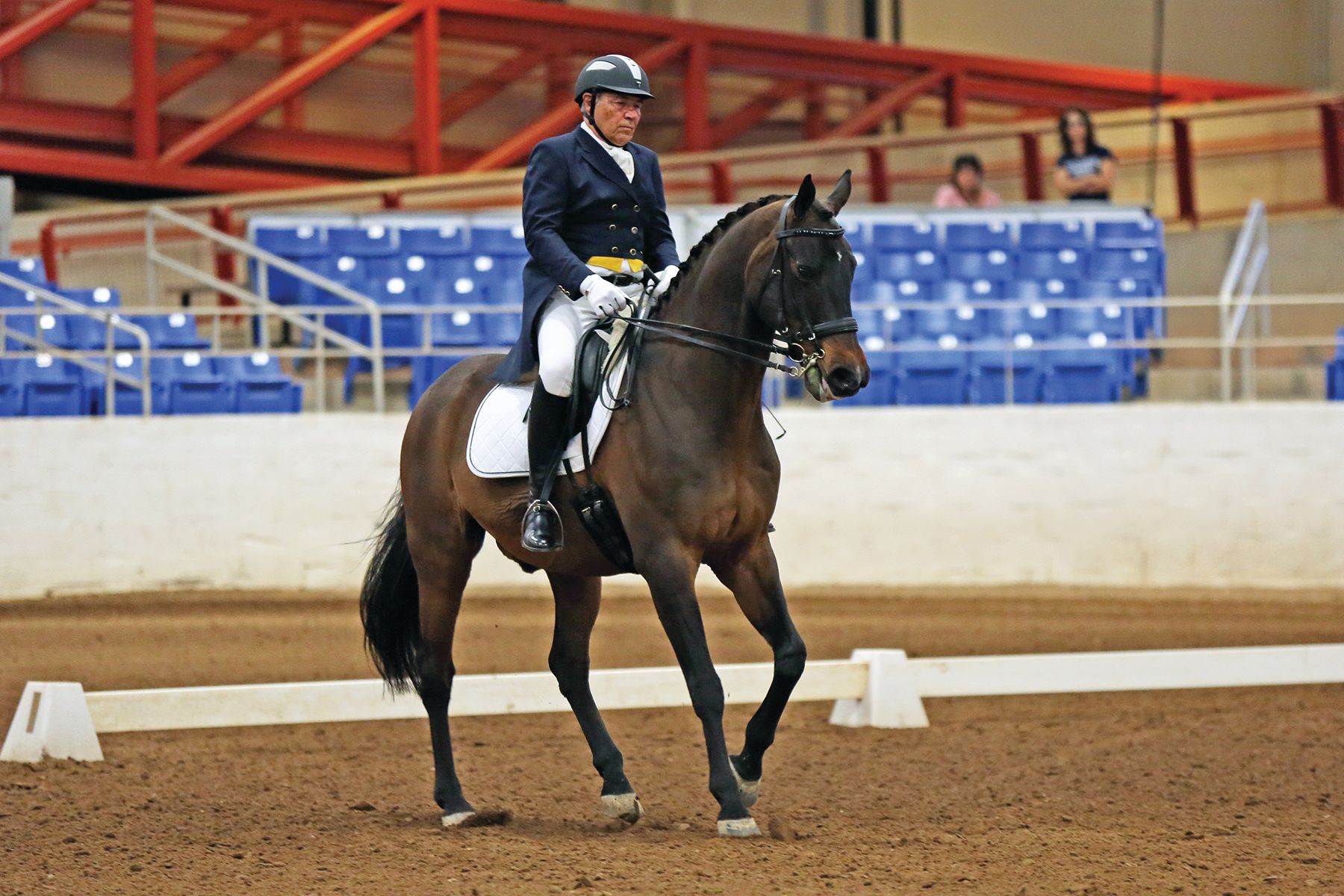 Peter Kalman, born in Budapest on August 14, 1937, began his life amidst the brutality of World War II. At age seven, Peter and his mother fled Budapest to his grandmother’s village in Felsönyék to avoid bombing raids. In an attempt to escape the advancing Soviet forces, they joined a Hungarian Cavalry Hospital wagon train, whose Colonel was in charge of fleeing civilians, many of whom were escaping on horseback.

The Colonel’s son, András, who was a year older than Peter, had two horses, a black and white pinto and a partially blind pony. They would spend the next year on this wagon train, riding these two horses, staying only 10-20 miles ahead of the Soviet forces as they travelled through Hungary. They eventually found solace in Austria at a U.S. military camp, where they stayed until the war ended.

Peter returned to Hungary after the war, traveling home in a packed cattle car. Upon his return, Peter spent his youth as a gymnast, and later a wrestler. One of his best friends went on to military academy. The General who was in charge of the school was a great wrestling fan and invited Peter to the academy to participate in riding lessons.

Unfortunately, peace in Hungary did not last for long. In October of 1956, Kalman found himself in the midst of the Hungarian Revolution, fighting a flood of tanks and armored cars coming in from the Soviet Union. Eventually they occupied every major artery of Budapest. Peter was able to escape to Austria in December of 1956, spending four months at a refugee camp in Solbad Hall, Austria, outside of Innsbruck.

In April 1957, Peter immigrated to the U.S. as a political refugee. From the mid-60s until late 1970s, he enjoyed equestrian sports including jumping, eventing and dressage. He soon became President of the Pomona Chapter of California Dressage Society, a position he held for some years. Peter’s riding influences have included Hilda Gurney and fellow countryman, Charles De Kunffy. Unfortunately, a demanding job kept Kalman from riding for approximately 30 years.

However, a turn of events in 2009 allowed Peter to return to the saddle. His first horse was Porsche, a large black mare, which competed through Third Level. Since then, Peter has ridden several horses under the influence of Dorie Vlatten and Uli Schmitz. He has recently completed his two Century Rides with Bennigan at Prix St. George, and With Honors at Second Level during the ADA Spring Celebration Show.

As far as Peter’s riding partners, Bennigan is a 23-year-old Swedish warmblood owned by Dorie Vlatten Schmitz. With Honors is a 25-year-old Thoroughbred/Hanoverian owned by Tara Molinar. Peter was grateful for the pleasure of their partnership for these Century Rides.

Peter has enjoyed a rich equestrian filled career filled with talented horses. Looking back now, it was all possible due to two ponies who carried small boys safely on their backs away from the war. This great love and appreciation is evident to all who have seen Peter ride and care for his horses. 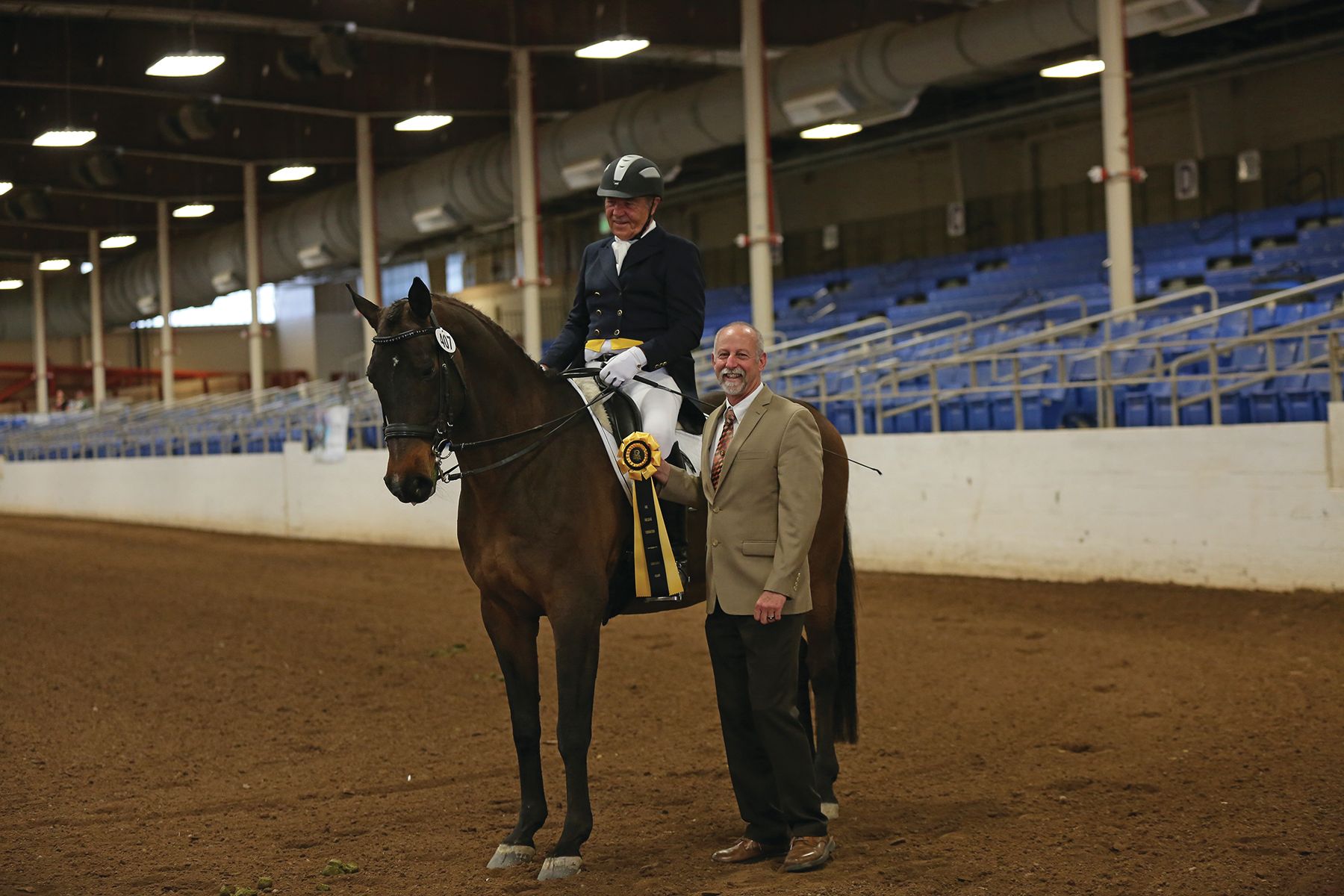