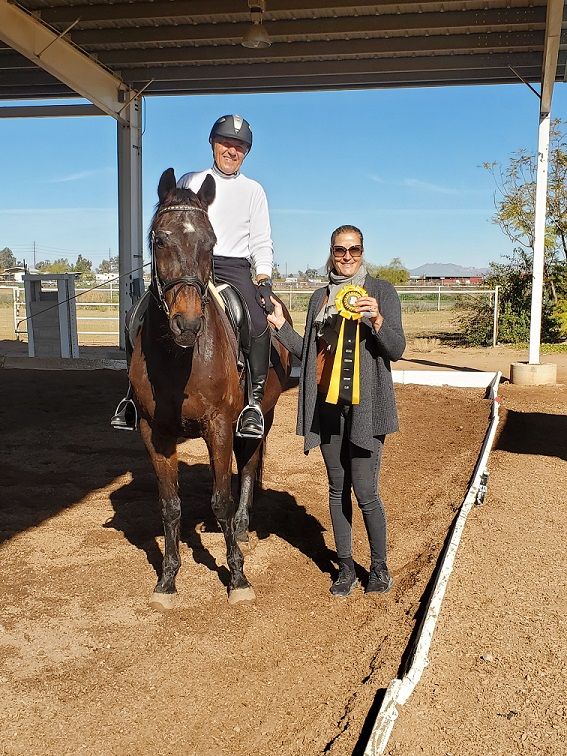 Fleetwood, an Oldenburg gelding, was foaled on May 4,1998. Fleetwood came to Central Arizona Riding Academy (CARA) about 10 years ago. He has been shown in dressage up to Prix St. Georges and is helping a CARA rider/instructor earn her bronze medal and half of her silver medal. Fleetwood has been a valuable schoolmaster at CARA. At 22 years of age, he is still going strong.

This year Peter will be 83 and continues to ride five to six times a week, sometimes two or three horses a day. He also rides a Ducati Streetfighter, and is also parenting an adopted son of 11, Brody, who keeps Peter and his wife hopping. His goals for the future have not changed. In addition to bringing Brody up as a man of character, he has his eyes set on a Century Ride in every level in dressage. With these last two rides he has 7 of the 10 levels completed. Peter has Intermediate 1, 2 and Grand Prix left to complete.

Peter and Fleetwood rode Third Level Test 1 with a score of 62.7% on January 25, 2020, to complete his 7th Century Club ride. You can read more about Peter and his amazing journey here.