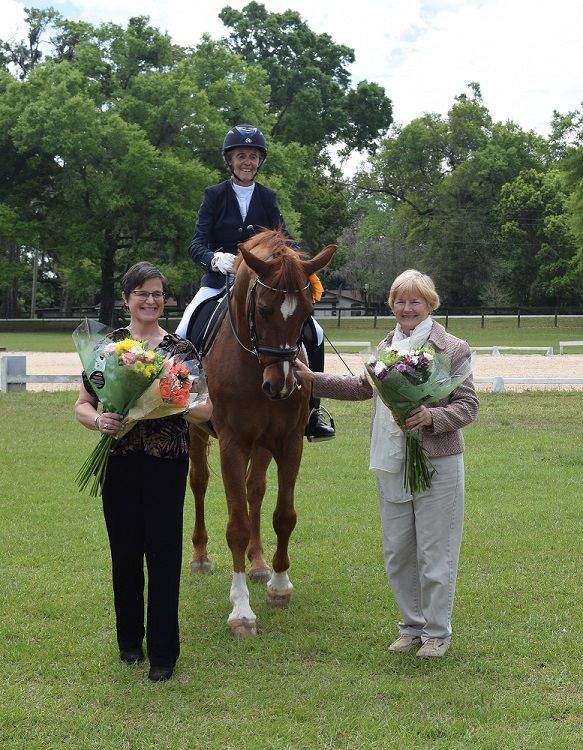 Robin Jaccaci, 79, of South Strafford, Vermont, rides Dance with Me (Danny), a 25-year-old Oldenburg gelding.  Robin’s riding career began with her mother’s dream of her daughter becoming an accomplished rider.  Robin began riding as a 6-year-old under her mother’s tutelage.

Robin always borrowed horses and never owned one until she married.  Realizing riding and horses were her passion, her husband bought her a horse and built her a barn.  This set the stage for her 73-year riding career.

Robin moved to Vermont and evented for years, but in later years decided to pursue dressage, which brought her to Florida for the winters.  This is also when she bought 5-year-old Danny from her neighbor.  She has devoted the last 20 years to training Danny and showing him again.  She credits help from the Central Vermont Dressage Association and also BREC Dressage in Ocala, Florida.