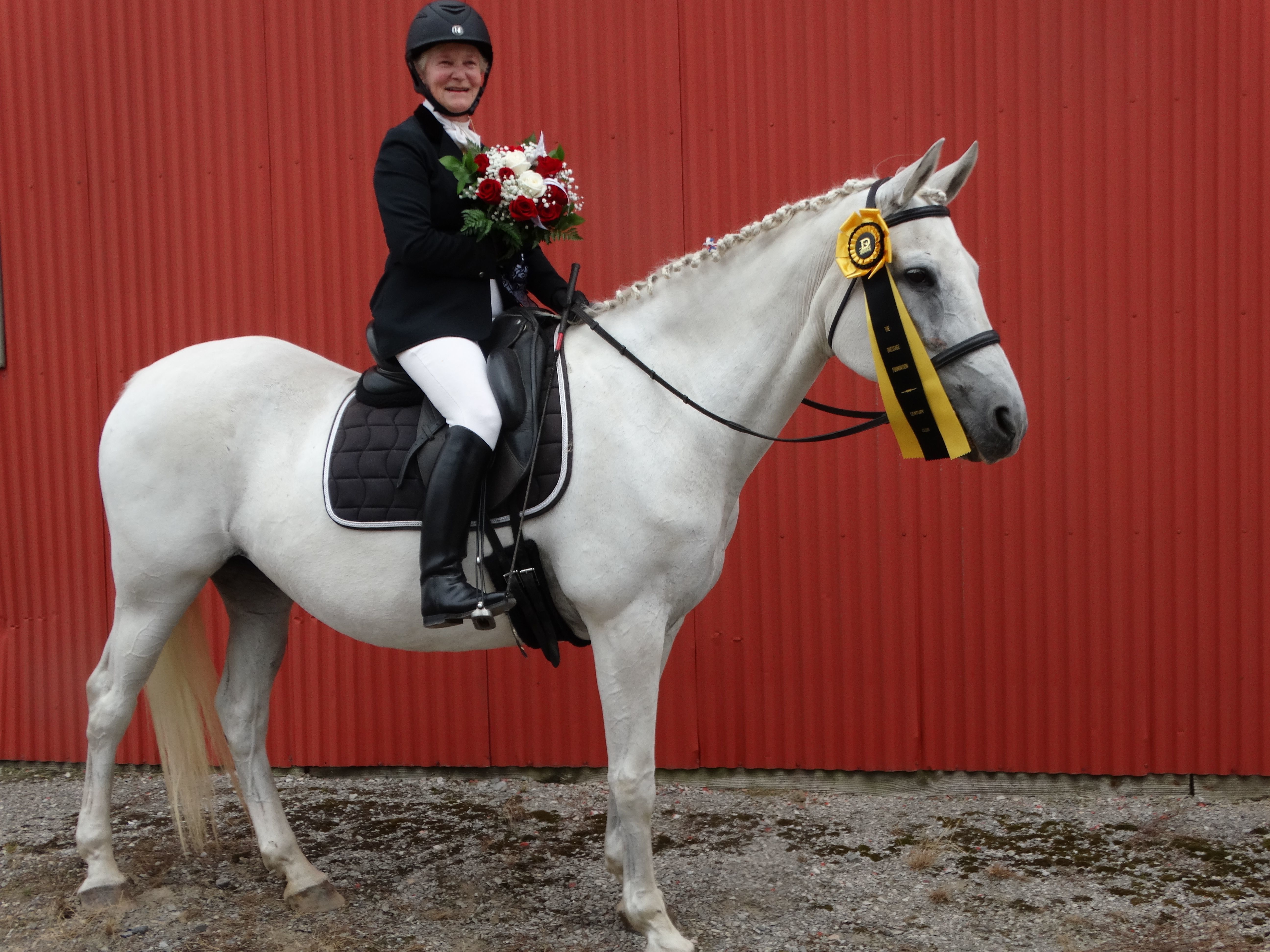 In speaking with Sue regarding her upcoming dressage ride, she stated, “This past year my good friend Jean Brinkman of Valhalla Farm in Florida and I decided this would be the perfect year for our Century Club rides.  We are both founding members of the American Trakehner Association and felt that our rides would be most meaningful if we were mounted on offspring of our Trakehner Stallions.  Jean’s ride will be on Faithkeeper a daughter of her Grand Prix stallion, Martini.  He was her mount on whom she trained and achieved her USDF gold medal.  I wanted to ride an offspring of our stallion, Abdullah.  Last fall I learned that Abdullah’s daughter, Maire Lou, was now 25 years old.  Her owner, Megan Gamin from Gasport, NY, was very generous and agreed to let me ride her.  In Maire Lou’s dressage career with Megan, they scored in the high 60s and 70s at Training and First Levels.”

Both Sue and her late husband Terry graduated from Cornell University with degrees in education.  After purchasing Abdullah and realizing his jumping talent, their careers quickly changed course.  With a leap of faith and a brand-new learning curve, they entered the world of show jumping.  It became quite a storied career for both Sue and Terry.

Sue’s dressage and eventing career was put on hold while traveling internationally with Abdullah.  After “Dooley,” as he was affectionately called, was retired, Sue divided her time between riding, training, and teaching.  Sue trained an Abdullah offspring, a gorgeous stallion named Rutiger to Fourth Level.  She was awarded her USDF bronze medal with the stunning black stallion in 1994.

Today, Sue is owner and operator of Chestnut Ridge Equestrian Center in Gasport, NY, where she runs a boarding facility, a lesson program, and multiple shows.  The largest show is a fundraiser, ‘Saddle Up for Roswell,’ held this year on September 11.  Since its inception, nearly $225,000 has been raised for Roswell Park Cancer Institute in Buffalo, NY. Sue is also a founding member of the American Trakehner Association and is currently on the Board of Directors.

Sue’s ride on an Abdullah daughter, Maire Lou, was a dream come true.  Her Century Club ride was inspiring to all at Chestnut Ridge Equestrian Center.  It was a special time to reflect on the accomplishments of Sue, her late husband Terry, to whom she dedicated this ride, and the 17-hand beautiful gray stallion, Abdullah.

Congratulations Sue from all of us at Chestnut Ridge Equestrian Center! 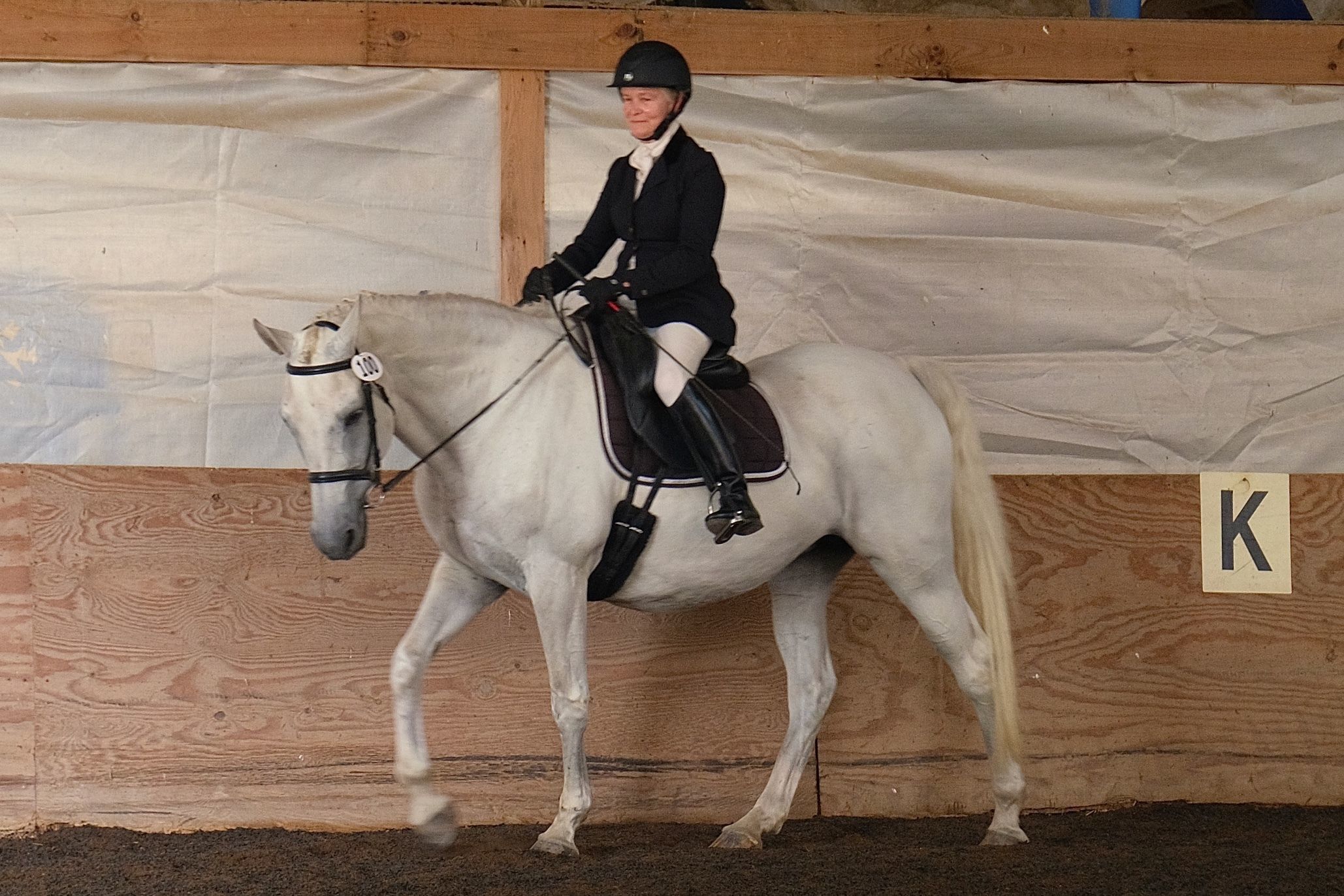 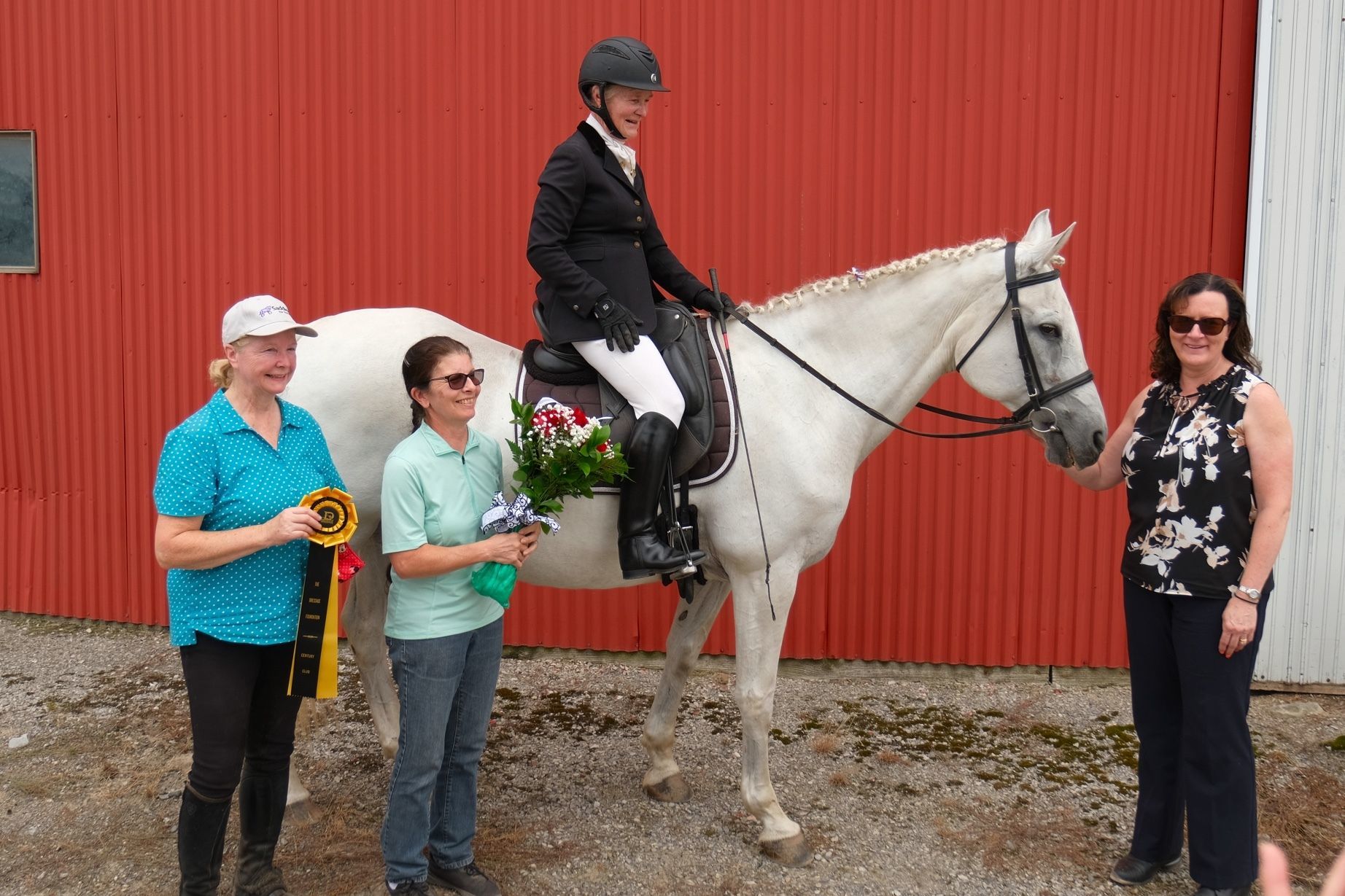