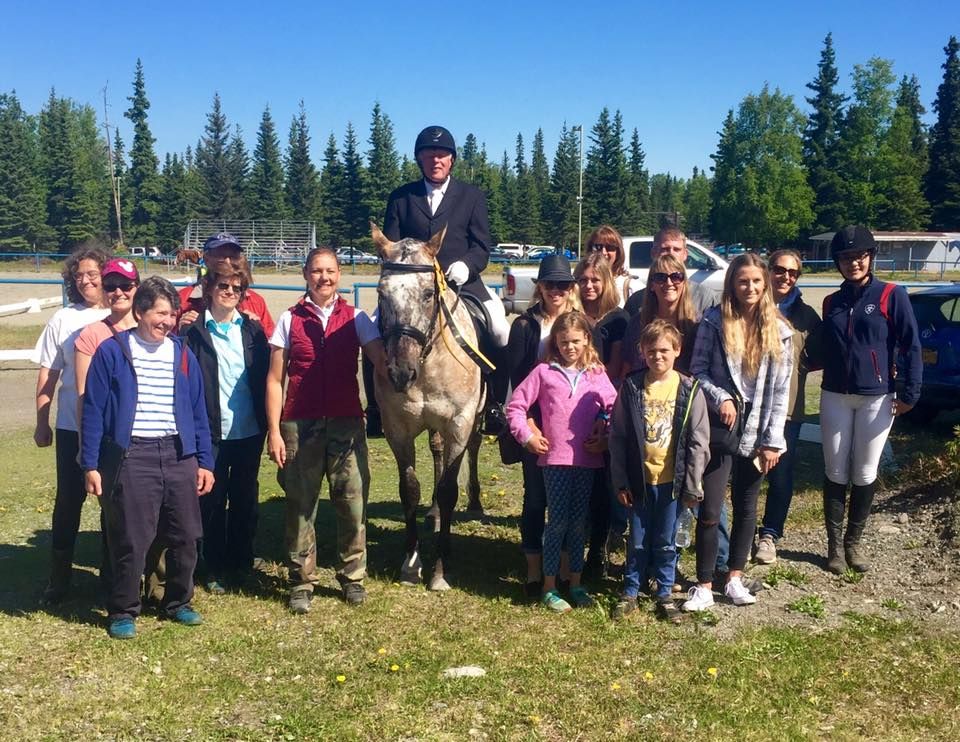 Bill grew up in Vermont and his earliest memories are of a desire to be near horses. Fortunately for him, he had neighbors with horses. He helped the local podiatrist care for and ride his horses for many years. Another of Bill’s neighbors was a “horse trader” with over 400 head of horses. The summer Bill turned 14, he mentioned to the “horse trader” neighbor that he wanted to work with horses. Soon after this encounter, a Mr. Foote of the Crystal Lake Camp for Boys in Maine called his home to offer Bill a job as a stable boy for the summer. Despite being a bit homesick at first, the experience turned out to be one of his most wonderful experiences. Mr. Foote gave Bill the book “Horsemastership,” by Margaret Cabell Self which Bill read in depth. The following two summers, Bill returned to the Crystal Lake Camp for Boys as a riding instructor. Bill continued to be hired to teach riding and horsemanship skills at summer camps in Vermont, New York, and Maine. At the age of 19, Bill attended a certification program run by Olympic medalists and earned his National Instructor Rating.

From the beginning, Bill liked the principles behind dressage because it was obvious that working a horse in his natural balance was best for the horse. Through the years, he has continued educating himself through reading and mentorship with world renowned equestrians, including Dr. Max Gahwyler (who suggested the establishment of TDF’s Century Club). As a young man in Vermont, Bill trained Doris Gahwyler’s first horse and also rode with the Gahwylers in New York City.

Bill began judging in 1985 and first judged in Alaska in 1990 at the Alaska State Fair in Haines. Bill’s first encounter with Dunny was at a schooling show he was judging in Alaska in the early 2000s. Dunny had moved to Alaska in the fall of 2001 with the Air Force family by whom he had been adopted. Dunny, a 15.3 hh blanketed buckskin dun gelding, has shown under and participated in many clinics with Bill. He noted that Dunny’s unwavering willingness, kindness and gentleness has always been apparent. Bill says, “He is the kind of horse that is forever willing to help you.” Over the years, Dunny has put approximately 250 rides down center line at recognized dressage shows. He has competed at Training Level, First Level, Musical Freestyle First Level and Prix Caprilli. Together, he and Linda Kelley, the owner of Dunny, have earned 26 United States Dressage Federation Appaloosa Horse Club All Breeds Awards. Dunny has also earned national recognition from the Appaloosa Horse Club through the Appaloosa Competitive All-Breed Activities Program (ACAAP) in seven different categories: dressage, over fences, English equitation, English pleasure, halter, showmanship and combined training. Additionally, in 2014, at the age of 24, Dunny earned the ACAAP Dressage Master and High Score Awards. Dunny may not be “built” to do dressage but his temperament makes him one of the best show ring partners anyone could ask for. As one dressage judge stated, “Your horse does not read the dressage books does he? You look at him and you do not think that he can do it and then he goes out there and does!”

With all the individual accomplishments of Bill and Dunny, it was then proposed by Linda that the two team up for another fine feather in their caps, The Dressage Foundation’s Century Club. Bill accepted the offer and on June 9th, 2018, the pair became the only the second Century Club team ever to ride down centerline in the state of Alaska. It was a beautiful big blue sky day with many friends in attendance who knew either Bill or Dunny from all their years of involvement in the Alaska equine community.

Bill continues to judge, train, clinic, and teach in Oregon, Washington, Idaho, California and Alaska with the philosophy that “classical old world training for classical new world elegance” is paramount. Dunny continues to add to his down center line total and Linda is incredibly proud of them both!

Congratulations to Bill and Dunny for a combined 101 years of being an accomplished equestrian and an unwavering equine partner! 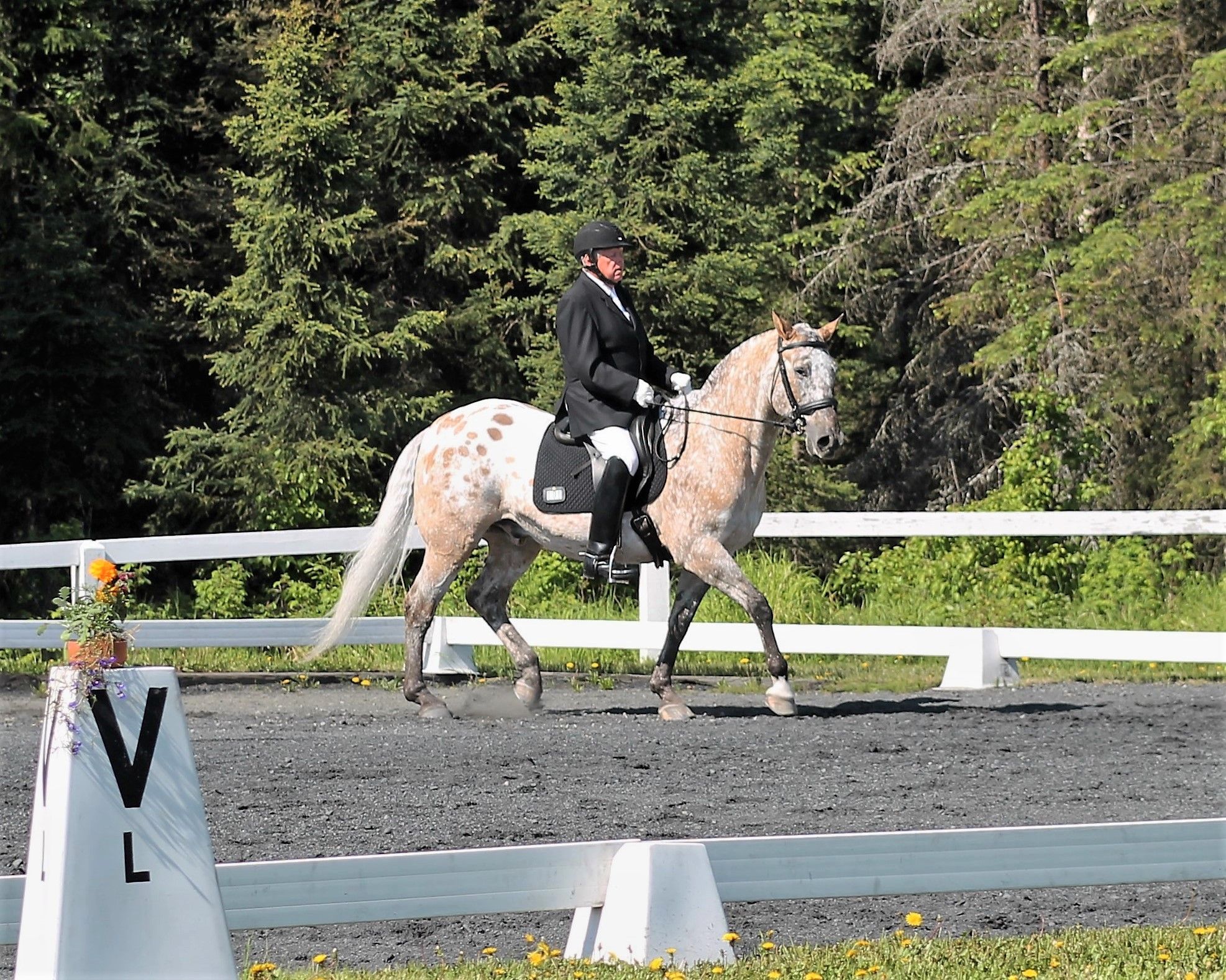 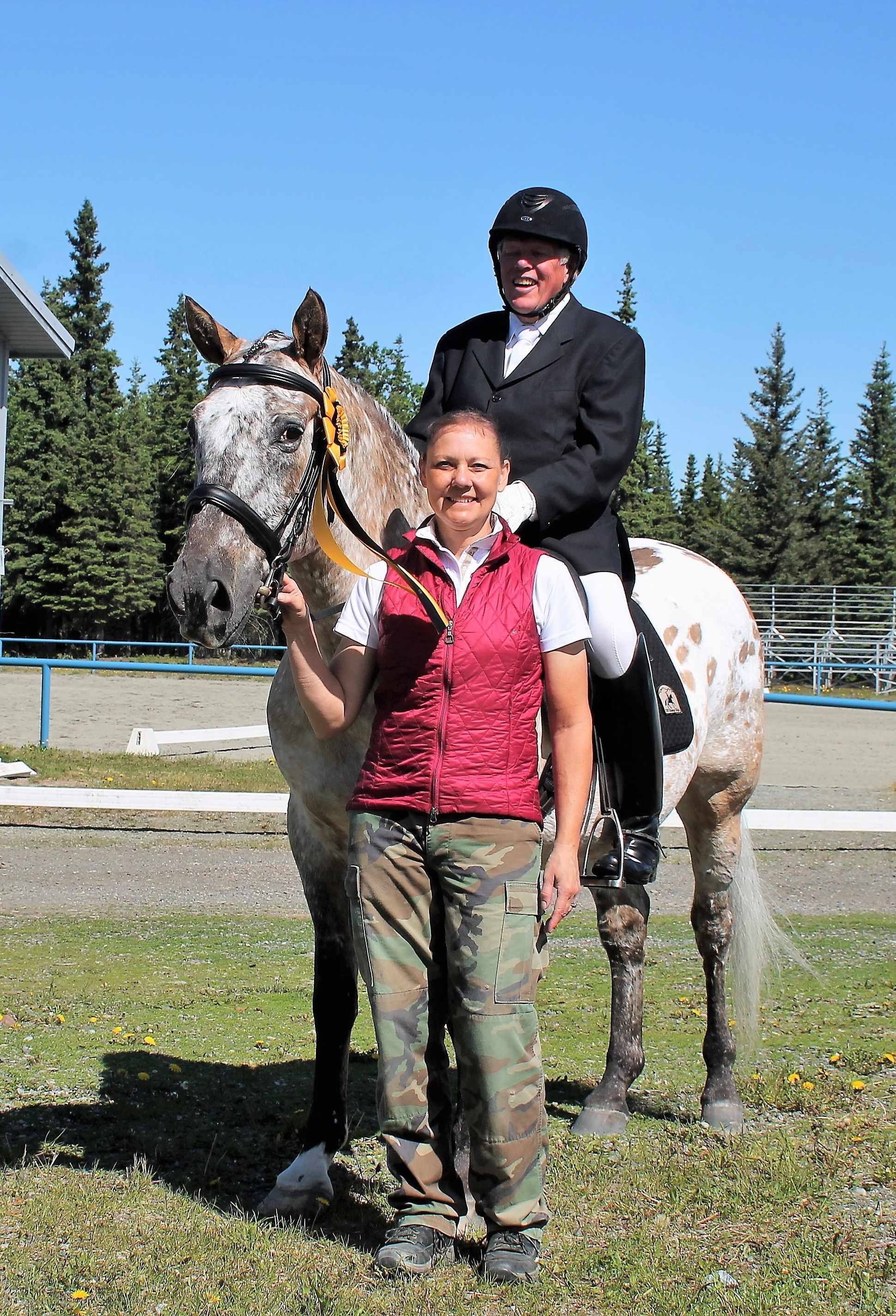 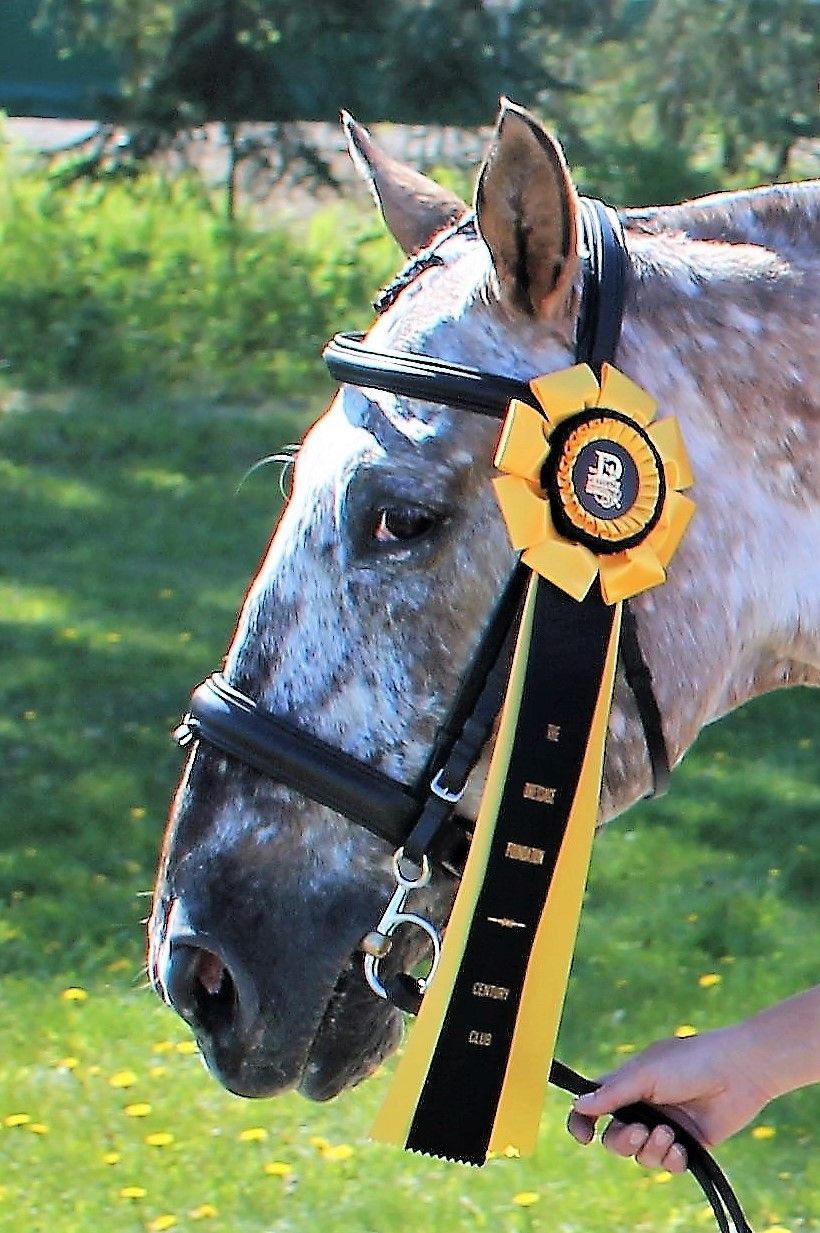