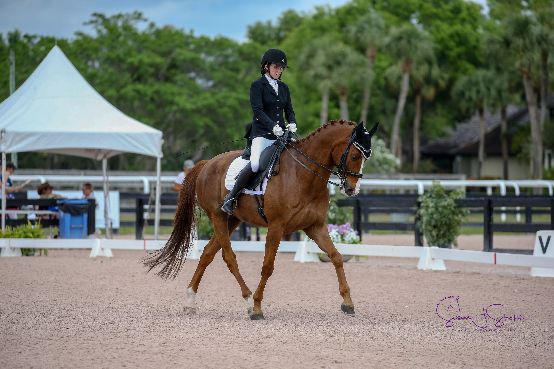 Participating in Lendon Gray’s Winter Intensive Training program was absolutely the most immersive, valuable, and life-changing dressage education I have ever gotten to-date. I would highly recommend it to any young riders looking to gain experience across all aspects of horse care, while also receiving training, unparalleled in quality, from Lendon herself. The Winter Intensive Training program, or as it affectionately known, “WIT,” is run January through March.  As I reflect on these past three months, it is impossible to deny the growing I have done as a dressage rider and as person in general. I am eternally thankful to The Dressage Foundation and the Cynthia Aspden Youth Grant for making this experience financially accessible to me.

My first month of WIT didn’t really go as I thought it would. My intention was to bring down my own horse, Que, and ride him in the program, while also casually looking for my next partner to begin to teach me some upper level movements. Que had other plans. As soon as he stepped off the trailer from Vermont, it was clear he wasn’t feeling himself. Ultimately, we diagnosed it as a heart arrhythmia which has now been entirely resolved, but it was clear that the stress and intensity of the WIT program would be just too much for him this year. I was gutted. Que and I had come so far together preparing for WIT, and I was so excited for our bond to grow and for us to become stronger as a team. The last thing I wanted to do was put too much pressure on him, though, and in order to fully reap the benefits of the WIT program you really need a horse to ride, so I began trying horses.

Trying to find my next partner as soon as possible was definitely not as glamorous as I thought it would be, but it was worth it. After multiple failed vet checks, I had learned not to get too attached to one horse. Enter Diego: a quiet, chestnut KWPN that, in all honesty, looks more like a Thoroughbred than a Warmblood. What he lacked in appearance he made up for in character; if you looked in a dictionary, a picture of him would be next to the word ‘schoolmaster.’ After riding him once, I made sure to remind myself of the importance of the vet check. With my luck, I figured he’d come up lame, or develop colic overnight, or some other catastrophic health crisis. I was there for his vetting and I held my breath the whole time. With what was probably divine intervention, by some small miracle Diego actually passed. He came to Hampton Green Farm two days later and, as always, he exceeded my expectations. We spent the rest of the WIT program learning all about each other, climbing the levels, and doing things I had only dreamed of weeks before.

Not that every ride with Diego has been all butterflies and rainbows. We had to figure each other out. For me and Diego, that involved a steep learning curve, starting with throwing in flying changes at First Level, which then became a bigger challenge in the counter canter at Second Level. Finally, we got to do our changes at Third Level, only to discover that I had no idea what a half pass was, much less how to ride one. Despite my lack of knowledge, not once did Diego’s good nature and willingness to work ever waiver. Every day with him was (and continues to be) an education on how to be a better rider and person.

Among my many notes from many lessons with Lendon, the biggest take away from these three months for me was to make sure I make every effort to ride efficiently and effectively, or at least “fight for it!” Diego’s good nature is something I want to cherish, not neglect and abuse by over schooling him. It’s crucial that if I make a mistake, such as riding a half pass without enough bend, I correct it immediately, so we can move on in our training session. After all, why should I expect him to use his body correctly if I can’t do the same?

Before coming to WIT this year, I only had competition experience through First Level, and my goal for the end of the program was to maybe, if I was a good student and rode well, get my Second Level scores for my USDF Bronze medal. Little did I know I would end up coming home with all the scores I needed for my Bronze. Not only did my theoretical and practical knowledge of dressage expand immensely, I had the chance to participate in this program with 17 other incredible young riders, many of whom I consider to be some of my closest friends. It was a privilege to learn from and alongside them.

The Winter Intensive Training program was an incredibly enriching, immersive and insightful experience that I will always look back on fondly. Whether it’s the practical knowledge I gained or the friendships I made, what WIT gave me will last a lifetime. Words cannot express how grateful I am to The Dressage Foundation for their support through the Cynthia Aspden Youth Grant. The WIT program is shaping the future of dressage, and I cannot wait to be a part of it. 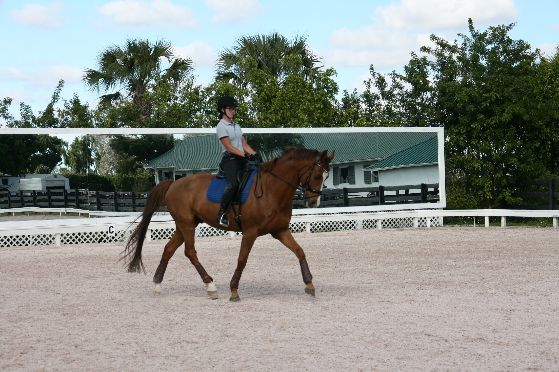 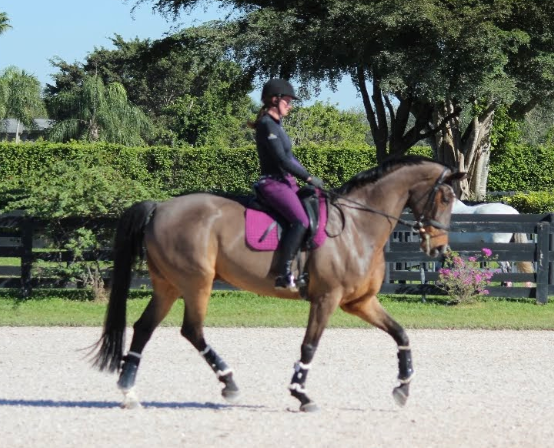 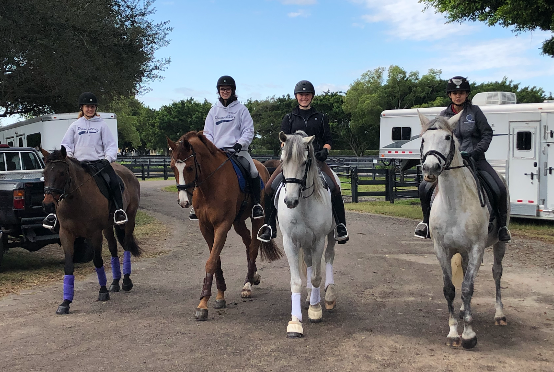