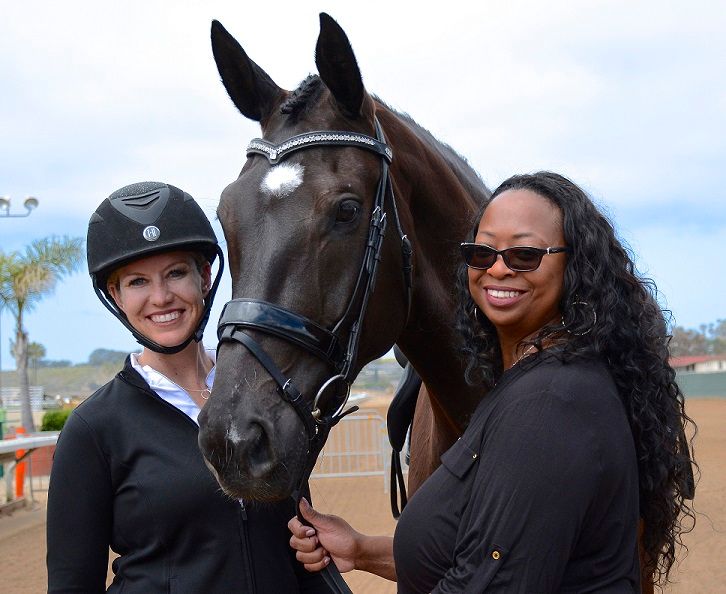 January 10, 2019 – The Dressage Foundation (TDF) has announced that Lehua Custer and F.J. Ramzes, owned by Wendy Sasser, have been awarded the 2019 Carol Lavell Advanced Dressage Prize in the amount of $25,000. Lehua was selected because she displays the characteristics and qualities of being a talented, committed, qualified rider with plans to reach and excel at the international levels of dressage.

Lehua, originally from Hawaii and now a resident of California, is a USDF Certified Instructor/Trainer and L program Graduate with distinction.  She was Olympian Hilda Gurney’s assistant trainer for 10 years and currently operates Lehua Custer Dressage at the Los Angeles Equestrian Center.  Lehua has trained multiple horses to the FEI levels, earning the USDF gold, silver and bronze medals.  Additionally, she has participated in the FEI Young Horse Program with several horses.

F.J. Ramzes, a 2010 KWPN gelding by Juventus x Rampal, was bred by Cornell University (New York).  Ramzes was purchased by Wendy as a yearling as her future competition horse.  As Ramzes progressed successfully up the levels, Wendy officially turned the ride over to Lehua for further development.  Lehua and Ramzes were named to the US Equestrian’s Dressage Development Program in 2018.

Lehua shared, “I am honored to have been chosen to receive the Carol Lavell Advanced Dressage Prize. I recently arrived in Wellington for a month of training with Debbie McDonald, which is going so great that I plan to use the grant money to continue working with Debbie. The goal at this point is to develop into a team that is solid enough to compete internationally. I am also grateful for the support from Ramzes owner, Wendy Sasser, as well as my clients at home who are extremely patient and understanding. Many thanks to everyone at The Dressage Foundation and Carol Lavell for believing in us!”

The Carol Lavell Advanced Dressage Prize Fund was established in 2009 in special remembrance of Carol's mother, May Cadwgan, and in honor of her father, Gordon Cadwgan. Since that time, the Prize Fund has made thirteen awards totaling $325,000 in support of U.S. High Performance teams.