I purchased Right On Forty-Third Street (aka: Sable) as a yearling in the summer of 2009. This horse is my heart. As a registered American Saddlebred, I started him out in English Show Pleasure, but soon realized that he and I would be much happier in Dressage. He was pretty successful as an English Pleasure guy and also found success as a hunter and western mount, but found his true niche in the world of Dressage.

Sable sustained an Impar ligament tear in 2016, which required 10 months of rigorous rehabilitation. His tear was severe, so his chance of full recovery was in the neighborhood of 20%. After 5 months and endless hours of icing his foot and hand walking (in below freezing temperatures at times). We worked twice a day, 7 days per week for approx. 30 minutes in the morning and 30 minutes of an evening. He gained a few pounds with all the stall rest and hand walking and I lost a few pounds, LOL. We were able to start working under saddle during the sixth month (woohoo).

We love competing in dressage and also enjoy riding through parades and hacking. We are currently competing at Training Level and love every step. The coolest thing about this horse is that he simply LOVES to work. I work 3 to 4 horses per day and he demands to be first in line. I often work him last, however, because I can count on every ride being above proficient. I feel a true partnership with Sable. This is the horse I would ride into battle if that sort of thing still existed. I truly love him and I kind of think he loves me, too. I am so very lucky to have him. 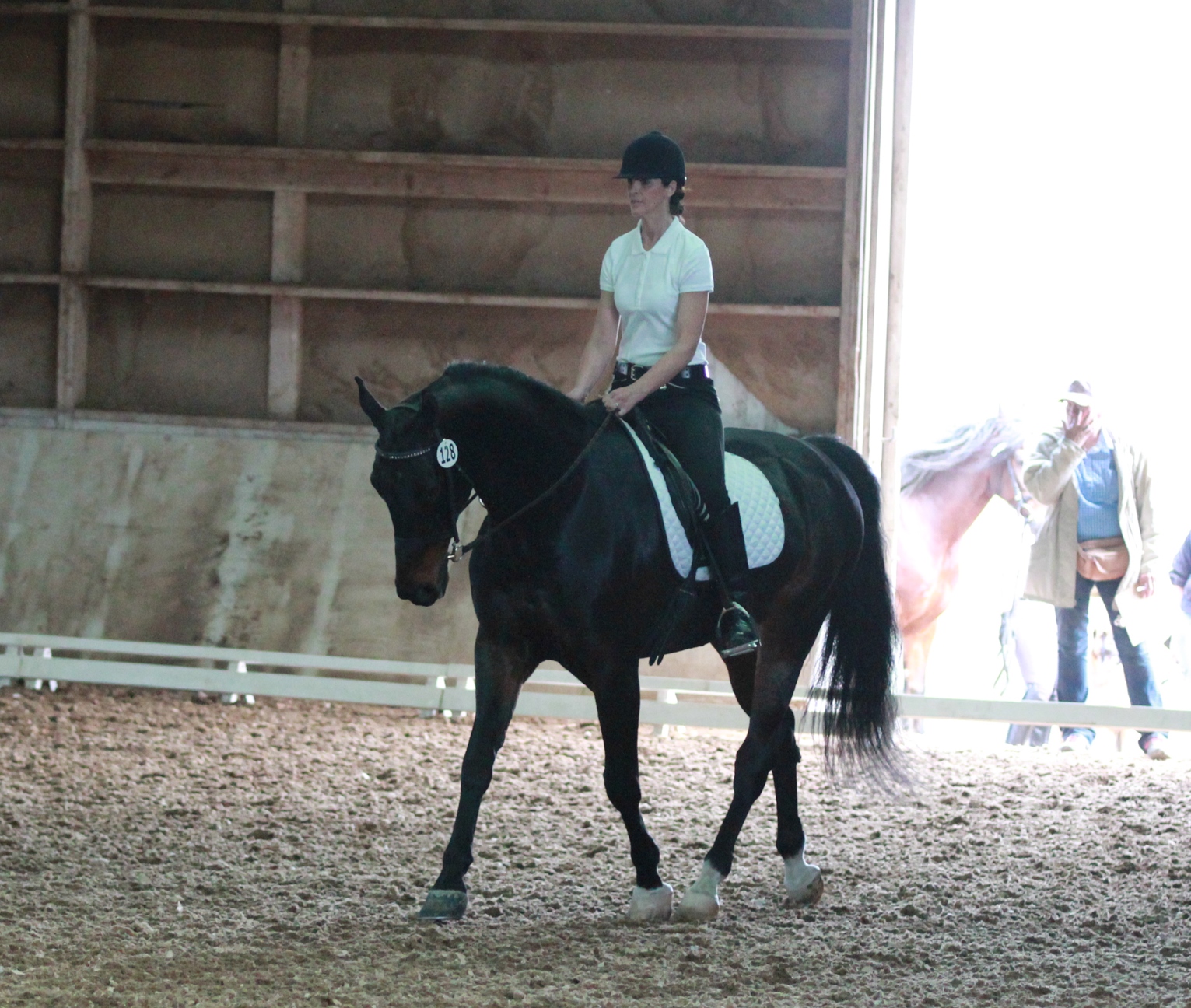