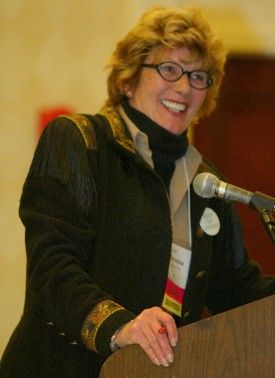 The Veronica Holt Dressage Technical Delegate Fund is being established in memory of Veronica, who was a dedicated Technical Delegate (TD) and FEI Steward, providing training and mentorship for many Dressage TDs and apprentice Dressage TDs. This new Fund, proposed by Veronica’s friends and colleagues in unison with the United States Dressage Federation, will be a fitting tribute to her memory, as well as a continuation of her presence within the dressage community.

Once the Fund is seeded with initial donations, one grant will be awarded annually to a USEF Dressage Technical Delegate who has been approved by the USEF License Official Committee to gain promotion from ‘r’ (Recorded) to ‘R’ (Registered). The grant will initially be $500, to be used by the recipient to pay for costs associated with completing apprenticeship requirements at competitions. As the fund balance grows, the amount and number of grants awarded may increase.

The grant application will be available on The Dressage Foundation’s website early in 2016, with a deadline of July 1st of each year. The grant announcement will be made at the USDF Annual Convention.

Gifts of any amount are welcome to help establish TDF’s Veronica Holt Dressage Technical Delegate Fund. Donations by check can be mailed to TDF’s office at 1314 ‘O’ Street, Suite 305, Lincoln, Nebraska, 68508. Donations may also be made by credit card online or by calling TDF’s office at (402) 434-8585.