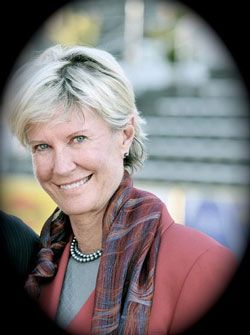 Karin Reid Offield began concentrating on dressage with riding equitation, hunters, jumpers and western during a long career from coast to coast in the United States. Just out of college, Karin began teaching riding in upstate New York at Primrose Farm in Somers, New York. Her interest in bringing students along continued in riding schools in Aspen, Colorado and in Sedona, Arizona and in Harbor Springs, Michigan where she creates successful lesson and working student programs.

Karin’s dressage interests began at the El Rojo Grande Ranch in Sedona where she competed through each of the dressage levels on pintos, paints and quarter horses and eventually up to FEI.  Her first famous stallion was the renown hunter breeding stallion Alla C’Zar,  Next,  she purchased the Olympic British Reserve stallion Tiamo Trocadero as a school master, then the Netherlands  ‘B’ Olympic Team’s Hexagon’s Louisville a stallion and sire of the horse Karin currently has in training. Finally, she purchased and competed the world famous breeding stallion Lingh in CDI International Grand Prixs in the United States and Europe.

Karin’s love of horses has always been something that she has wanted to bring to the biggest audience. In the 1980’s she documented American show jumping with her production company, Equestrian Reels, in 2005 she sponsored the Las Vegas Dressage World Cup as Offield Farms which led to her finishing her early documentary released as Harry & Snowman, an award winning film since seen around the world. Currently, Karin is the President and Marketing Chair of the Roaring Fork Valley Horse Council based in the Aspen, Colorado area - her home town. Karin has established a reputation in areas of charity work, offering her time, energy and financial support to the equestrian sports.