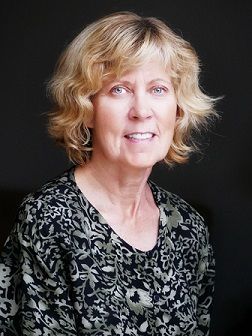 Horses have been part of Diane Skvarla's life since her childhood in England when one Christmas her parents bought her and her sisters their first pony. Corky was a 12.2-hand skewbald Welsh pony with bright blue eyes and the most magnificent mane and tail. He was flashy, fast, and fun―everything little girls dream of. He taught the sisters how to ride and to jump, and he instilled in Diane a lifelong passion for horses.

Many years later, Diane returned to England as an adult to become a working student for British FEI-level dressage rider and judge Judy Harvey. After returning home to resume her museum career, Diane competed as an adult amateur and earned her silver medal.

With a BA in history from Colgate University and a Masters in Museum Studies from The George Washington University, Diane served as Senate Curator at the United States Capitol in Washington, DC, from 1995 until 2014. As Curator, Diane directed the Senate's museum program under the authority of the U.S. Senate Commission on Art. The office is responsible for collecting, preserving, and interpreting the Senate's fine and decorative art, as well as historic objects and architectural elements. Diane organized major exhibitions, educational programs, and publications for the Senate, including several catalogues on the art collection. She also supervised preservation, conservation, and restoration projects. Upon her retirement, the Senate honored Diane with the title of Senate Curator Emeritus.

Diane first began working with TDF in 2014 to establish the Karen Skvarla Fund to honor her sister, who was a budding equestrian when she passed away at the age of 9-years-old. Diane is excited to continue working with TDF and to support the dressage community that has given her so much.