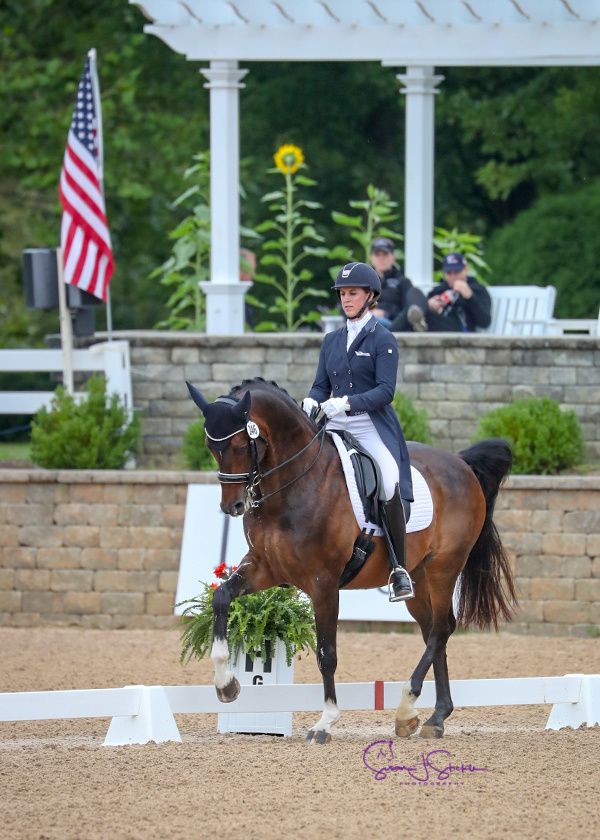 The Dressage Foundation has announced that Jennifer Williams is the recipient of the 2018 Patsy Albers Award, established in 2012 in special remembrance of Patsy. The $1,000 award provides financial support for continuing education and training to a High Performance rider.

Jennifer Williams of Roy, WA, competed Millione in the Grand Prix Division at the U.S. Dressage Festival of Champions located at Lamplight Equestrian Center. The Patsy Albers Award is given to the highest placing Grand Prix rider at the Championships who also competed for the U.S. at a previous North American Junior/Young Rider Championship.

“Being part of the 2018 Festival of Champions in the Grand Prix was an absolute honor made possible by the support of our fantastic team of owners, Millione Partners, LLC, staff, and those dedicated to keeping our horses as healthy, happy, and comfortable as possible,” Jennifer shared. “I am thrilled to receive TDF’s Patsy Albers Award to further our training and education. I am excited to use this grant for further instruction from my two coaches, Christophe Theallet and Debbie McDonald. Thank you for providing this special opportunity. I am very grateful!”

Patsy Albers, one of the nation's best known figures at dressage shows across the country, passed away in October 2012.  She was a longtime supporter and Chef d'Equipe of the North American Junior/Young Rider Championship (NAJYRC) Region 1 team.  She was also very involved at the prestigious Dressage at Devon where she served for many years as the FEI Event Director.  Her expertise also extended into management, officiating, and volunteering, for which she was honored multiple times.