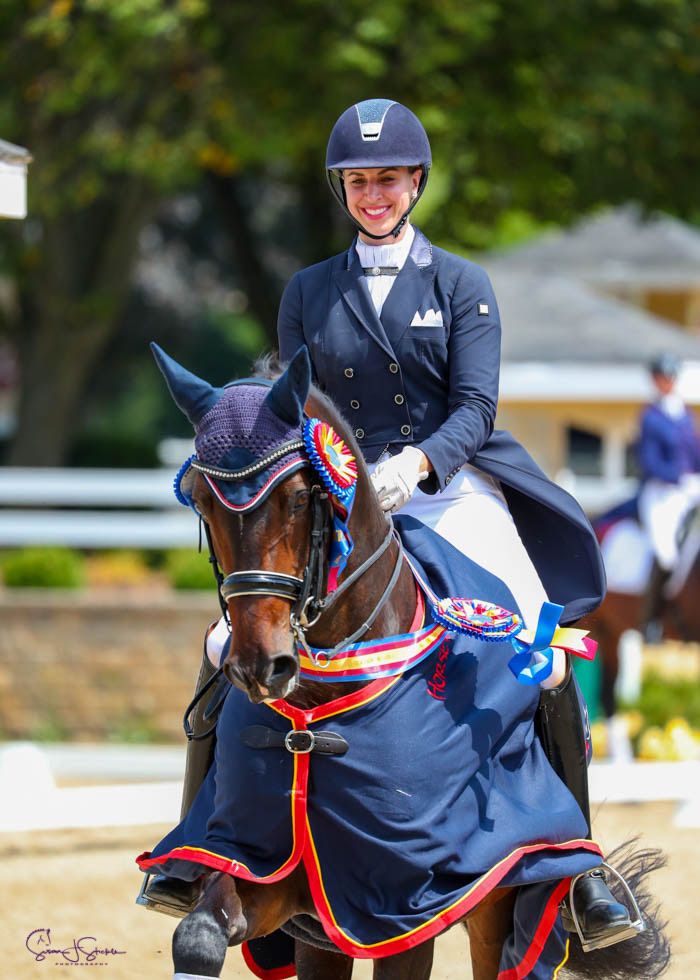 The Dressage Foundation has announced that Jennifer Williams is the recipient of its 2020 Patsy Albers Award, established in 2012 in special remembrance of Patsy. The $2,500 award provides financial support for continuing education and training to a High Performance rider.

Williams, of Olympia, Washington, and Millione, a 17-year-old Danish Warmblood owned by Millione Partners LLC, captured the USEF Grand Prix Dressage National Championship at the recent U.S. Dressage Festival of Champions held at Lamplight Equestrian Center. The Patsy Albers Award is given to the highest placing Grand Prix rider at the Championships who also competed for the U.S. at a previous North American Youth Championship.

Williams said, “I am profoundly grateful for the Patsy Albers Award and to have been part of the Young Rider program in my youth. Participating in that program gave me a great opportunity to represent USDF Region 6 at the North American Youth Championships. I am very proud to continue to be part of Region 6 and to receive this award!”

Patsy Albers, one of the nation's best-known figures at dressage shows across the country, passed away in October 2012.  She was a longtime supporter and Chef d'Equipe of the North American Junior/Young Rider Championship (NAJYRC) Region 1 team.  She was also very involved at the prestigious Dressage at Devon where she served for many years as the FEI Event Director.  Her expertise also extended into management, officiating, and volunteering, for which she was honored multiple times.

For more information about the Patsy Albers Award or The Dressage Foundation, please contact Jenny Johnson at (402) 434-8585, by email at jenny@dressagefoundation.org, or visit here.