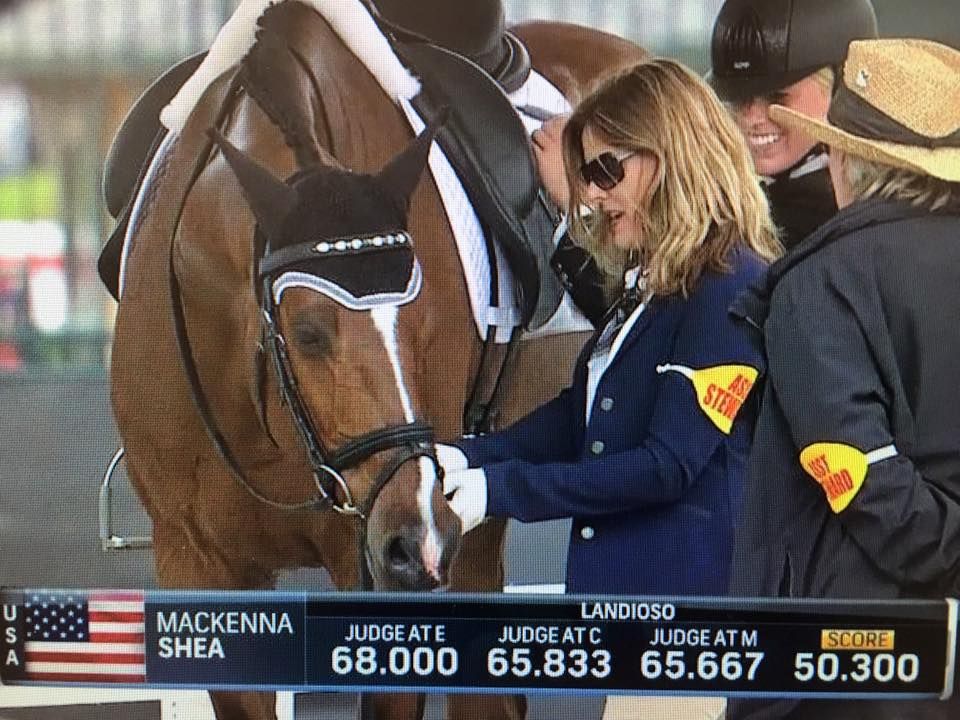 From October 11th to the 14th, I was lucky enough to apprentice at the USDF Region 2 Championships in Lexington, KY.  My mentor for the weekend was Jean Kraus “R,” and the second TD for the weekend was Susan Moran “R.”  The weather was typical Kentucky and we had rain and cool weather and some fresh horses but that did not dampen the spirits of competitors or mine!

This show was my first apprenticeship towards my “R” promotion, and I was able to defray the costs of apprenticing with the help of friends and the scholarship provided by The Dressage Foundation’s Veronica Holt Grant.  I also had a short list of who I would like to gain valuable experience with, and Jean was on my list and thankfully the show organizers and Jean both said yes to my apprenticing in KY.

As TD’s, we rarely get to work with one another except at large championships, and working outside of our home base is also extremely important.  As an apprentice TD, I could watch how Jean handled situations as well as discuss rules, their interpretations and scenarios we have both had to deal with.  We did discover that some of the materials for apprenticing for promotion are in need of updating!

I’m excited next spring to apprentice at further shows (yet to be determined) and move forward with the promotion process.  I encourage anyone who is currently a Dressage “r” TD to look into applying for the Foundation’s grant.  The grant made attending a lengthy show out of state much more affordable, and I am indebted to Veronica Holt for leaving us this legacy.

Back to Professional's Stories